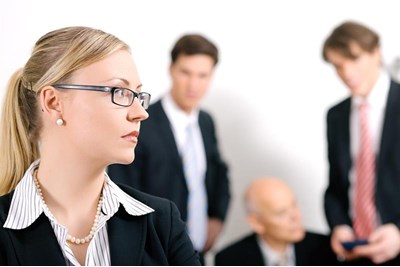 Today marks the day when women in the UK effectively work for free for the rest of the year, as a result of the disparity in pay between men and women.

The Fawcett Society’s latest report, Equality it’s about Time, suggests that employers have still made progress narrowing the pay gap this year (to 14.6% from 16.3% last year), yet the impact of the coronavirus pandemic has yet to be reflected in these figures.

Both the UN and the World Economic Forum (WEF) have expressed concerns that the nature of pandemic restrictions and job cuts, and the disproportionate impact they are having on women’s careers could hold equal pay progress back by half a century.

This follows reports in 2019 that showed the UK had fallen in its global ranking for gender equality.

According to the latest analysis by the Labour Party, women currently in their mid-30s will also not know equal pay during their lifetime at the current rate of progress.

Yet HR can continue to lead employers in the right direction. Those seeking to continue positively towards pay parity should consider the following:

The 50th anniversary of the UK’s Equal Pay Act this year also brought to light campaigns for women’s right to know what male colleagues doing the same work as them are paid.

Looking to other areas of inequality, campaigners have called for government support of more varied pay gap reporting:

We need to start talking about the disability wage gap

Commenting on EqualPayDay this year Kirstie Donnelly, chief executive officer at skills organisation City & Guilds Group, said: “Why in 2020 are we still facing the problems of women being undervalued, underpaid and a seemingly insurmountable gender pay gap that will take decades to close?”

In addition to creating more positive role models for young women, Donnelly encouraged HR to use the pandemic to create a more flexible work environment that supports women who often shoulder the burden of caring responsibilities.

She added: “We know downturns and economic turbulence disproportionately affect women, who are less likely to be working full time, less likely to hold a management position and less likely to have access to training and progression opportunities.

“We also know that from an early age, young women are still being pigeonholed into specific industries such as care, retail and nursing which are often low paid and have less chance for career progression.

“There is so much more for us to all do before we can celebrate that we are becoming a fairer and more equal society in respect to gender, despite some of the progress that’s being made.”