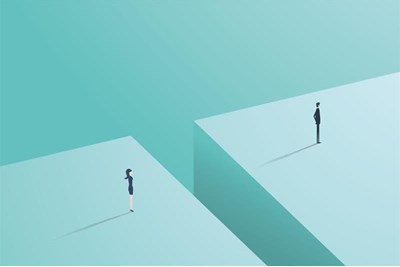 Wrong on every level and I say this as a woman. Women are not a special needs group and what others earn is irrelevant. As a recruiter I have yet in over 20 years found two candidates with ...

Labour party leader Keir Starmer has announced his support of the Fawcett Society’s ‘right to know’ campaign which allows workers to know how much their colleagues are earning.

Women have the right to equal pay for work of equal value under the Equal Pay Act and the legal right to ask male colleagues about their salary if they suspect pay discrimination.

However, in the event of suspected discrimination women are often left with no choice but to launch a legal dispute with their employer – recently found to be behind 12% of all employment tribunals in England and Wales since 2007/08.

Calling for more transparency of pay in the workplace, the Fawcett Society’s Equal Pay Bill would give women who suspect discrimination the right to know from their employer what a male colleague doing the same work is paid, avoiding the need for a tribunal.

Speaking on 29 May on the 50th anniversary of the Equal Pay Act, Starmer told HuffPost UK: “Coronavirus threatens to set us back years in the fight for pay equality. We must come out of this pandemic with the commitment to build a better future. That means strengthening the Equal Pay Act and monitoring how this crisis is impacting on women.”

COVID-19 in particular has had a demonstrable impact on women in the workforce. In March, the government temporarily suspended the legal requirement for gender pay gap reporting which caused some concern that it may lead business to lose sight of the importance of gender equality.

The current crisis has also seen mothers become 23% more likely than fathers to have temporarily or permanently lost their jobs.

Speaking at the Equality Trust’s 50 Years is Long Enough conference Sam Smethers, CEO of The Fawcett Society, said: “What we’ve really got to do is to shine the light on pay discrimination and to get the law to work for women so that they can actually achieve equal pay, because at the moment it just cannot deliver.

“It’s basically written in a way to make it impossible for women to challenge unless they go all the way to the tribunal.”

Coming out of COVID-19, Smethers highlighted the importance of considering the sheer impact the crisis has had on women’s career prospects: “It's going to mean that we need big government intervention, just like we’ve had for the furlough scheme.

“We need something bold and ambitious, to support women both in terms of future work prospects and in terms of closing the gender pay gap and adjusting on equal pay.”

Previously, at the Liaison Committee on 27 May, prime minister Boris Johnson said the government would do “whatever it takes to help get women back into work.”

Wrong on every level and I say this as a woman. Women are not a special needs group and what others earn is irrelevant. As a recruiter I have yet in over 20 years found two candidates with identical skils, knowledge, experience and competence and consider this proposal pointless. What we do need is a decent wage for all and every person is on a level playing field - ignoring gender - when the salary band for each role is set, and ensuring each individual employee is placed fairly at the appropriate level for their skills, knowledge, experience and competence.