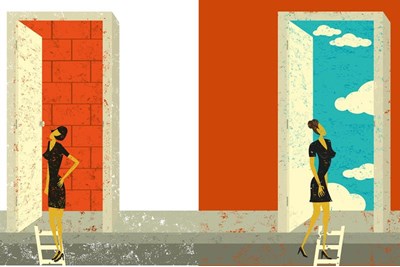 This is so interesting. It's such a challenge for employers to focus on the long-term when they're reporting on areas such as Gender Pay Gap annually, I think the temptation then is to fill quotas ...

The UK has fallen six places in a ranking of gender equality, with economists warning that it could take 100 years to close the global gender pay gap

The UK has slipped from 15th to 21st place for gender equality, a new report from the World Economic Foundation (WEF) has found.

The Swiss-based organisation, which tracks global progress in gender equality, predicted it would take 99.5 years for there to no longer be a global economic gap between men and women.

This is despite women taking high-profile leadership roles at the European Central Bank and the World Bank, and at the head of several countries including Finland, Germany and New Zealand.

Progress in the political sphere remained slow, the WEF said, with women still holding only 21% of ministerial positions worldwide. But it hopes the "role model effect" will encourage faster change.

The organisation said the economic gender gap has grown compared to last year, partly because women are under-represented in almost all of the fastest-growing job sectors, such as cloud computing and AI.

Women are also more likely to be displaced by automation, it added.

Even where women have the relevant in-demand skillset they are not always equally represented, the research found. In data science 31% of those with the relevant skillset are women yet only 25% of roles are held by women. Likewise, there is no gender gap in terms of skills when it comes to digital specialists, however only 41% of these jobs are performed by women.

In the UK men dominate sectors such as AI, engineering and computing and many more women than men work part time.

Saadia Zahidi, head of the Centre for the New Economy and Society and member of the managing board at WEF, said that ‘business as usual’ would not solve longstanding gender inequality:

“To get to parity in the next decade instead of the next two centuries we will need to mobilise resources, focus leadership attention, and commit to targets across the public and private sectors. We must take action to achieve the virtuous cycle that parity creates in economies and societies.”

Suki Sandhu, founder and CEO of INvolve, added that while organisations are working on fixing the gap more must be done: “It’s incredibly disappointing to see the UK fall six places in the space of a year because of a lack of gender diversity and equality in British workplaces. Despite our best efforts there still aren’t enough women in senior roles,” he said.

“Unfortunately there isn’t an overnight solution to this, and it requires robust processes in order to ensure any changes actually have an impact on organisations.”

He added that employers should focus on long-term progress, from better recruitment processes to getting more women into senior leadership positions.

“What we need to be seeing is a big focus on recruitment and retention of women in the workplace, ensuring that there is equality at the hiring process and that talent is being nurtured in the pipeline. While it may take several years before we see this pay off, in the long run we should steadily see pay gaps decrease if organisations are taking it seriously.

“To ensure we see this long-term change we need to be championing women in senior positions, showcasing fantastic role models for future generations, and ensuring that women feel that they belong in leadership positions.”

This is so interesting. It's such a challenge for employers to focus on the long-term when they're reporting on areas such as Gender Pay Gap annually, I think the temptation then is to fill quotas and get women through the door, instead of successfully building a pipeline that meets our future needs with gender diversity.