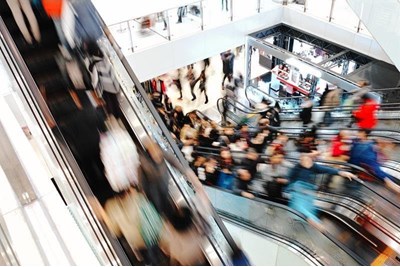 Gender inequality in retail roles is putting women’s livelihoods at risk as the sector navigates its coronavirus recovery.

According to the Work Foundation’s No Returns study, women are particularly at risk of job displacement in the future as retail work is moving out of stores and into warehouses and logistics centres.

As the largest source of private sector employment in the UK, retail employs approximately 2.8 million people, 58% of which are women and 42% men.

Over the last decade, the majority of jobs lost in retail were occupied by women, falling by 55,544.

The newer roles created were more likely to have been taken by men, which saw a slight increase in the same period.

As the popularity of online shopping continues to grow, this trend is expected to remain yet the report suggested developments as a result of coronavirus could accelerate its progress.

Online retailer Amazon for examples pledged to create 7,000 jobs in its warehouses this year, yet many high street retailers are struggling to stay afloat.

To address the potential gender imbalance, Ben Harrison, director of the Work Foundation, said that employers should spend time trying to understand gender disparities and the barriers they create between different job roles.

Speaking to HR magazine, he said: “An area that is likely to be particularly relevant here is where workers have to balance work with caring responsibilities, they need predictable, stable employment, rather than contracts without guaranteed hours which certain parts of the sector have become increasingly characterised by.”

Due to the terms of their employment, both men and women in retail are at risk of being significantly impacted by the pandemic as they may not be eligible for Statutory Sick Pay (SSP) or redundancy pay if they lose their job.

According to the report, 48.5% of the sector are working part time compared to only 26.5% across the UK and 128,000 workers relying on temporary contracts.

To mitigate this impact, the Work Foundation called on government to extend its Coronavirus Job Retention Scheme (CJRS) to support workers and businesses that could be affected by local lockdowns in the future.

It suggested that substantial staff retention subsidies should be implemented to prevent retail workers from losing their jobs, and that the National Retraining Scheme should be rapidly expanded beyond pilot areas to help retail workers find new opportunities.

“HR leaders should focus on how best they can support the retail workforce during this highly uncertain and worrying time. For example, retail is on the whole a lower paid sector meaning a large proportion of the workforce face significant financial insecurities,” Harrison added.

“Several large retailers have committed to paying the real living wage and are looking at offering ‘living hours,’ which can make a significant difference through ensuring work and earnings are more predictable. In addition, employee benefits that support living costs, whether it be childcare or travel, can make a significant difference to workers’ financial wellbeing.”

A forthcoming employment bill could also have a positive impact in the sector, as it would give part time retail workers the option to regularly revisit their working hours and patterns with their employer.