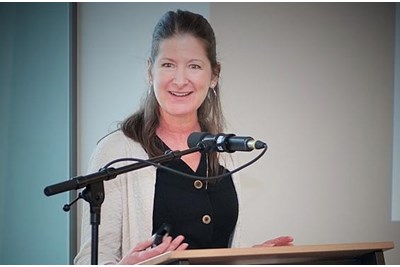 Too often gender equality is viewed as a ‘women-only topic’, with the onus on female employees to find a solution to a problem that is not of their own making

As one of the largest employment sectors on the planet, the retail and consumer products industry has a real responsibility towards the women it employs – to ensure they have the same career opportunities as their male equivalents.

Men, including those at a senior level, are often supportive of equality and inclusion in theory but play no active role in making it happen.

Part of the problem is women-only committees and groups within organisations set up to tackle gender equality. While such groups provide invaluable space for women to talk they – ironically – keep men in ignorance of the issues, give them no opportunity to get involved, and reinforce the perception that gender equality will be ‘fixed’ by women.

Men can do more. We are calling on senior men in the retail and consumer products industry to actively drive gender equality within their organisations by adopting these three principles:

End women-only equality initiatives. Male employees at all levels should be encouraged to join in. By men working together with women, gender equality will no longer be sidelined as a ‘female problem’. Participation can be encouraged by using inclusive language, such as naming initiatives after the objective they are trying to achieve not the gender of the participants. For example, don’t refer to ‘maternity leave’ but instead talk about ‘parental leave’. Don’t talk about a ‘women’s network’ instead say ‘work/life balance network’.

Create an inclusive leadership culture, where senior men act as role models by taking parental leave, leaving early to pick up children from school, and working from home when required. This is particularly needed in the retail sector where outdated 24/7 work cultures need to be challenged. Top management can act as role models for a good work/life balance. Underpin these measures by ensuring that all employees understand the business case for these actions: that a progressive and fair corporate culture will help the company perform better and keep pace with its rapidly-evolving consumer base.

Offer both male and female employees flexible working, parental leave, part-time roles and job shares. Initiatives aimed solely at women have the unintended effect of reinforcing gender stereotypes; namely that women should be responsible for managing the lion’s share of family responsibilities.

Men may feel their own career prospects are harmed because of targets to promote more women. It’s worth countering this concern with the fact that gender stereotypes are unhelpful for men too. For example, male employees often feel obliged to commit to their career at the expense of their family time. The expectation is often that men need to ‘put in the extra hours’ to prove their commitment to their job, and this can lead to stress and burnout. In the UK men are more likely to commit suicide than women, and are less likely to look after their physical health.

Society’s definitions of male and female roles are changing – in the 1980s 48% of the British public said that it is a ‘man’s job to earn money’ and a ‘woman’s job to look after the home and family’. That same figure is now at only 8%, according to British Social Attitudes 35. It’s important that organisations reflect these societal shifts by creating a workplace that allows both women and men to have the career they want, not a career defined by outdated gender stereotypes.

Beyond creating an environment where everyone has equal opportunities, there is also a purely economic benefit. Equality delivers a better bottom line. If women’s participation in the global economy were equal to men’s the global GDP would get a $28 trillion boost by 2025.

Now it’s up to senior male leaders to make it happen.

Sharon Jeske is executive director of the LEAD Network