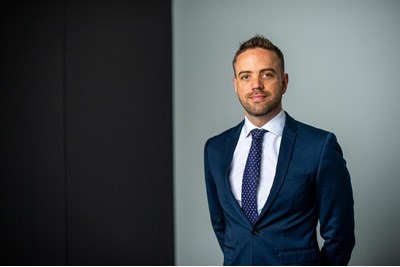 As COVID-19 challenges develop and, hopefully, subside, the enforcement of the pay gap reporting deadline for employers with at least 250 employees in Great Britain will continue from 6 April 2021.

Gender pay gap reporting was suspended for 2020 to relieve the perceived pressure on employers during times of unprecedented challenges.

Concurrently with, and also prior to, COVID-19, we have seen global social movements, such as the Me Too and Black Lives Matter movements, gain traction, changing the discourse around equality, including in the workplace.

The transgender rights movement, which has permeated mainstream consciousness and challenged conventional thinking in respect of binary gender norms, has been essentially omitted from gender pay accountability measures.

The gender pay gap legislation requires qualifying employers to report, amongst other indicators, on the mean and median average pay of relevant employees.

It requires employers to report on “ordinary pay” and “bonus pay,” which are expressly defined, in respect of “males” and “females,” which are left undefined.

This leaves employers to decide how to categorise transgender or non-binary employees as either “male” or “female.”

The legislation, perhaps unwittingly, brings employers into the debate about how to define gender as it is up to the discretion of employers to decide practically how to include trans people in their reporting, for example by using HMRC payroll records or using the gender (if any) that the employee identifies with at the snapshot date of the report.

Again, employers are put in a position of risking incorrectly identifying the gender of an employee or posing uncomfortable questions to employees, which also may carry confidentiality and data protection risks.

Inconsistencies in reporting approaches and the lack of nuanced qualitative data (for example, about employees who are transitioning) increases the risk of inaccurate reporting.

For employees that do not identify with either gender, both the Acas and the Government Equality Office guidance suggests that they may be excluded from the pay gap report, which clearly creates a tension between the promotion of equality and inclusion on one hand and essentially excluding those people, who have fought for greater visibility, from the pay equity conversation.

The omission of any apparent consideration of the trans community (itself a diverse one), perhaps helps to distort the existing gender pay gap.

For example, if trans women’s experience in the workplace is used to artificially narrow the gap, having spent some time in their early careers as cis men, this undermines the accuracy of the reporting and can be used by some employers to manipulate their figures.

It is likely that the omission even suppresses a wider pay gap between cisgender employees (those who identify with their assigned sex at birth) and transgender employees, as the gap is not required to be tracked and remains officially unknown.

Some employers have taken the initiative to accurately and separately report on the cis-trans pay gap or addressed the lack of reporting in their voluntary accompanying reporting narrative.

Both approaches serve to enhance the transparency and accountability principles which underpin the gender pay gap reporting legislation and, for that reason, appear preferable to employers absorbing trans employees into one of two binary groups, or ignoring them altogether.

Proactive steps by trans conscious employers will assist in highlighting any pay disparity problems and inform employer led responses to tackle them, such as targeted inclusion and awareness training.

As the trans movement continues to inform the debate on gender and equality, it is important to maintain momentum for accountability for pay injustices and benchmark progress by acknowledging gender nuances in reporting, at the very least by including trans employees’ in accompanying pay gap reporting narratives.