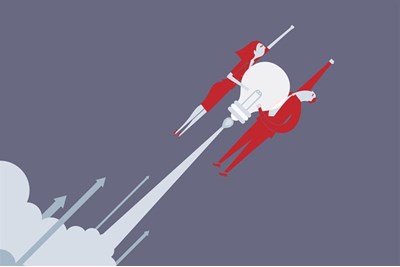 Social movements can have a long-lasting effect on the way that we work. They can bring about positive change and allow what were once delicate topics to be openly discussed

Perhaps the most recognisable social justice movement over the past few years has been #MeToo.

It was founded in 2006 to help survivors of sexual violence, and less than six months later the MeToo hashtag went viral on Twitter and started a worldwide conversation.

Fourteen years later the movement is as strong as ever and has led to the prosecution of high-profile men such as film producer Harvey Weinstein and comedian Bill Cosby.

Prominent cases such as these have meant the dialogue surrounding sexual and non-sexual harassment is no longer taboo and it is openly discussed in the workplace.

So what impact has the #MeToo movement really had on changing office behaviours, male to female staff ratios and the gender pay gap?

Addressing sexual harassment has had an empowering effect

Sarah Evans, employment law partner at JMW Solicitors, thinks the #MeToo movement has had a palpable impact in the workplace.

Evans said a significant volume of staff and management training has been undertaken and that employers are now much quicker to address allegations of harassment.

She said: “Employers’ commitment to addressing sexual harassment issues – putting it at the top of the agenda – has had an empowering effect, meaning that people are not only more willing to report inappropriate behaviour but are less afraid of doing so.”

Although efforts to stamp out sexual harassment in the workplace have been very positive, Evans believes we have some way to go before we reach a point where it is no longer an issue.

She added: “Some employers and employees will still choose to behave in an inappropriate manner, and victims will not report or seek redress. It would be remiss to take our foot off the pedal, because when sexual harassment is experienced it is so damaging.”

The movement’s effectiveness can only go so far

Kirstie Donnelly, interim CEO at City & Guilds Group, said the movement can only achieve so much.

“Over the last century we have made monumental strides in improving equality for women, both in society and within the workplace. However, it is clear that we still have a significant way to go before women play on an equal footing with men,” she said.

City & Guilds research shows that women are working part time more than their male counterparts, which Donnelly says is likely driven by external commitments such as primary caregiving, and as a result they are locked out of valuable opportunities for training, development and, ultimately, career progression.

The movement’s effectiveness in raising awareness is perhaps not enough. While it has highlighted the gender pay gap and spurred a real commitment from employers and society to help balance and improve gender equality, there is still much more to do.

“At a time of increasing skills gaps and record low unemployment, it’s more important than ever that we see employers doing more to improve working environments and provisions for their female workforce,” said Donnelly.

She suggested that adopting policies such as flexible working and ensuring part-time workers are offered training and development on the same basis as their full-time counterparts are critical first steps towards combating poor working environments for women.

We must keep working on gender equality in the workplace

Rachel King, marketing director at Breathe, believes that the #MeToo movement has been important for getting women’s voices heard and organisational perceptions changed.

However, she thinks that while it has created a wider debate about the way women are treated within businesses, change cannot happen overnight and we do still have a long way to go.

“It’s great that conversations are being had and women especially can have more confidence in certain situations, but we must keep working on gender equality in the workplace,” said King.

Closing the gender pay gap and embracing diversity should be a top priority in boardrooms, She added: “We must empower the next generation of women to thrive in the workplace and be empowered through a culture of fairness.”

The general consensus was that while there has been progress, there’s plenty more still to go. The increase in the number of sexual harassment reports last year could potentially signifiy a shift in workplace attitudes.

Employers are beginning to realise the complexity and unfortunate frequency of these incidents, both historical and current, and it is only through a culture of openness and honesty that we can create a safer working environment for everyone.