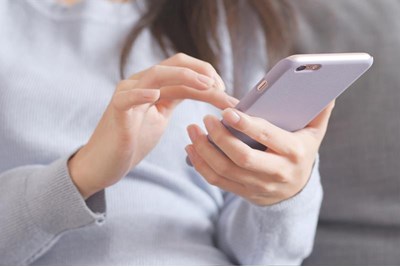 The proportion of young workers using their smartphone for business purposes outside of working hours almost doubled between 2018 and 2019, according to Deloitte’s Mobile Consumer Survey

Sixty-six per cent of workers with a smartphone said they use their device for work-related business activities. For respondents aged 18 to 24 though that percentage rose to 79%.

More than half (52%) of young workers reported checking their emails on their phone daily, compared to an average of 36%.

“Used in the right way, smartphones can bring huge benefits to workplace productivity – allowing people to catch up with emails on the move and giving people access to their information as and when they need it,” said Carolyn Lorian, workplace wellbeing consulting lead at Deloitte.

“But used in the wrong way smartphones can have a detrimental effect on how people approach their work, adding to the ‘always-on’ high-pressured workplace culture,” she added.

Deloitte’s research also found that 88% of UK workers use their smartphone for personal purposes during their working hours, rising to 93% of 18- to 24-year-olds.

Sixty-six per cent of workers who use their personal phone while at work say it’s distracting, which rose to 82% of respondents aged 18 to 24.

With young people experiencing this at the very start of their career, the concern is that this will set a precedent for how people work for generations to come.

Lorian added: “Down the line this could pose serious threats to both mental and physical health.”

The research collated the smartphone usage habits of 4,150 people between the ages of 16 and 75 in the UK.