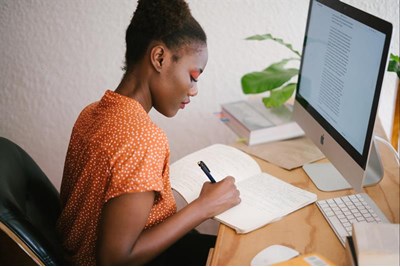 There are still too few women in senior leadership positions to drive long-term change, despite voluntary targets having boosted gender diversity on UK boards.

The annual Female FTSE Board report found that although the FTSE 350 looks on track to reach its target of 33% of women on boards by December 2020, a lack of representation at the top could be impacting the number of women in the executive pipeline.

There continue to be few women appointed to senior roles, with five women CEOs and eight women chairs in the FTSE 100.

According to analysis of the Board Monitor by law firm Heidrick & Struggles, one of the main drivers holding back progress is the tendency for companies to appoint chairs who already have experience – 69% of those appointed last year had previously served on company boards.

“Bringing about change and having more diverse boards is a challenge for a number of reasons. One issue is the tendency to stick with what has worked previously, as opposed to seeking out those with more diverse experience, may favour men,” Alice Breeden, partner and global lead at Heidrick & Struggles told HR magazine.

Market uncertainties have also driven more companies to appoint executives with financial risk expertise, which rose from 4% of appointments in 2018 to 39% in 2019. Again, Breeden said this could be contributed toward the negative trend in female hires.

She said: “These types of skills profiles can skew the candidate pools towards male hires, who have traditionally held a firm majority in financial and risk-centred roles and executive roles in general.”

However, the coronavirus pandemic and Brexit could present more opportunity for diverse representation. “During the past few months we have seen a seismic shift in boards with experience that focus on digital, consumer and sustainability skills, these are areas in which we expect more diverse hires to excel,” Breeden added.

Sun Vinnicombe, professor of women and leadership at Cranfield University and lead author of the report, agreed with Breeden.

She said: “The added dimension of COVID-19 means organisations must be pro-active to address the long-term impact of the pandemic on women’s careers. With more focus on flexible working and wellbeing, it is an opportunity to progress the diversity agenda.”

The use of targets was also assessed in this year’s report, with researchers finding most organisations had adopted voluntary targets due to previous diversity initiatives having failed.

More ambitious targets were sometimes seen as a way of mobilising organisations into action, even when they were not fully met with an average target of 30% to 40% women in senior leadership roles.

“For targets to become more robust, it is critical that organisations put in place accountability mechanisms for meeting their targets and address the long-term impact of the pandemic on women’s careers.”

Arun Batra, EY partner and CEO of the National Equality Standard, said HR needs to ensure that any gender diversity targets are proportionate but stretching.

“Targets need to be accompanied by cultural change within the business. The target needs to challenge the business to take tangible action and make real change.

“HR teams need to reflect on the success to date, think about how they can make this long-term, and also consider how this approach to gender diversity can be applied to other characteristics, such as ethnicity.”

The Female FTSE Board Report was conducted by Cranfield University’s School of Management and sponsored this year by EY.