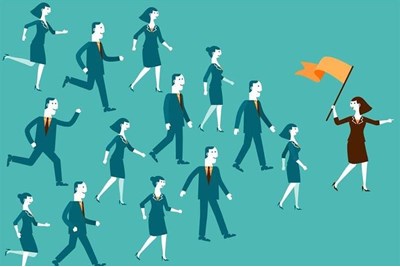 Countries led by women have come out on top in fighting the coronavirus pandemic. Female leaders such as Finland’s Sanna Marin and Jacinda Ardern in New Zealand have been praised for meeting the crisis with scientific backing, breath-taking efficiency and compassion.

Such praise may come as no surprise to female business leaders across the country. But are female leaders more likely to be recognised post-pandemic - and outside the sphere of politics - as a result? And what makes them such exceptional leaders in times of crisis to begin with?

During periods of crisis, people want to find any positive story to hold onto in order to bring some sense of normality to their strange reality. As COVID-19 has spread globally, we have been able to compare how different leaders have managed the situation – and at present, there does seem to be a good correlation in how things have turned out for those countries being led by women.

We know from swathes of evidence that having females on boards makes companies more successful, yet women are still having to push at the invisible ceiling. This might finally be the time equality happens.

Maybe in thirty years’ time, when we’re asked what happened during the crisis, we can look back and say, do you remember when people talked about whether women could be leaders? And future generations will look at us as if we were mad.

Anna Thomas, director, Institute for the Future of Work

A silver lining to the pandemic is the way that female leadership roles, especially those across the Nordic counties, have had international attention and following. The Norwegian model (80% income support) probably even influenced the UK’s SEIS and JIS.

I think the most constructive way to build on this is practical: to highlight the economic benefits of diversity at a time when we are all concerned about how to reboot the economy.

Research has found that as much as two-fifths of productivity growth in the last 50 years is the result of reducing barriers to women and BAME men and could quadruple the number of inventors in the future.

We must encourage HR leaders to undertake equality impact assessments too, especially when firms use automated systems involving artificial intelligence.

It’s not fresh news that women make great leaders and so I feel we need to cut through the headlines to understand the multiple facets of someone’s identity beyond just their gender. Let’s look at the specific attributes of two of the greatest leaders at the moment - Angela Merkel and Jacinda Ardern.

Merkel, has a science background, has weathered several past crises, communicates clearly, and has the trust of her people. Ardern has earned the same trust through vulnerability and open communication.

I would argue that these skills make Merkel and Ardern excellent at what they do, not necessarily their gender. However, the fact they are women signals that they have overcome bias and many hurdles to get to where they are, which perhaps makes them stronger in pushing forward and breaking boundaries.

If there’s one thing male leaders can learn from female ones, it’s communication. Clear, honest and with a dash of vulnerability. It doesn’t take much, but Merkel and Ardern have proven just how far it can take you.

A lot has been written recently about how women leaders are excelling during a crisis. Many of these women have been in their roles for a while and I’m sure they haven’t suddenly changed their leadership approach – so why are they now getting more attention? Maybe it’s less about their gender and more about the leadership traits they are displaying, which may be more highly valued in a crisis management situation.

One of the things we require from our leaders is decisiveness and honesty. Giving direction but being clear that we need to keep things under review. Ensuring that we can adjust direction if we find we need to. Being honest about decisions being made in real time and acknowledging that we will not get everything right first time.

The best leaders strike the right balance between decisiveness and agility – this is what female world leaders are doing right now. They actively lead from the front, talking directly to their audience and allowing them to ask questions, as well as offering the empathy and care needed in a health crisis. These are probably traits that aren’t valued enough during business as usual.