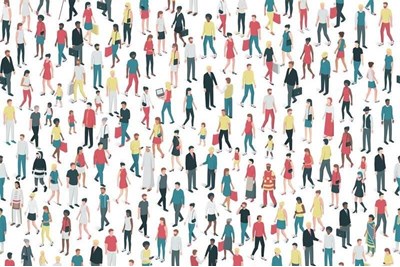 ​The number of D&I roles in UK workplaces has increased by 58% over the past five years according to a new report from LinkedIn.

The rise was four times the amount of traditional HR roles advertised over the same period and a 33% increase on the number advertised in June 2019.

Compared globally, the UK had the second highest number of D&I professionals than any other country, exceeded only by the number of roles in the US.

D&I consultant Toby Mildon said the rise was encouraging, however he warned of employers paying lip service to the cause.

Speaking to HR magazine, he said: “We need to ensure that these organisations are not recruiting diversity and inclusion managers to simply tick boxes. They need to ensure sustainable change.

“They need to be inclusive of everybody and not focus on one agenda like gender balance at the top of the business to reduce the gender pay gap or a knee-jerk reaction in ethnicity in response to the latest Black Lives Matter (BLM) momentum.”

Sheree Atcheson, director of diversity, equity and inclusion at employee engagement firm Peakon, also pointed to the impact of the BLM movement on the sector.

“This [BLM] has helped organisations realise that they need to be doing more in terms of D&I, and doing it better than before,” Atcheson told HR magazine.

“Business leaders are also beginning to understand that the best solutions and products are built and driven by people who are representative of their end users.

"If you want a large, diverse customer base, you’ll need a diverse representation of employees too. Ultimately, organisations that prioritise embracing talent from all backgrounds are more innovative and perform better than those that don’t.

Consumer goods and legal topped the list of industries in the region that had the greatest demand for these roles.

In the UK, one fifth (20%) of D&I professionals were also inleadership positions.

Without representation in leadership Atcheson added that the voices of people from diverse groups at lower levels of the organisation risk going unheard.

She added: “To do this work justice, all senior leaders will need to: challenge the status quo, be committed to making real changes, and spend time prioritising inclusion proactively instead of reactively.”