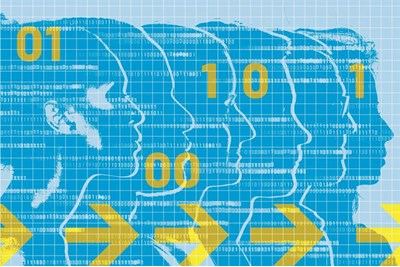 ‘Data is the new oil'. It’s one of those phrases few recall when and where they first heard it, but which many now reel off confident they’ll be greeted with knowing nods of agreement.

In fact the quote can be traced back to data scientist (and brains behind the Tesco Clubcard) Clive Humby, who coined it back in 2006 to explain the inexorable value of data today.

Humby explained that – like oil – “if unrefined, [data] cannot really be used”. That is, for data to have any value it must be broken down into simpler forms and analysed.

In the HR world this data refinement process is no less important. It is commonly known as ‘people analytics’ and has led, over the years, to the birth of the people analytics team.

“If we got in a time machine and went back 10 years, I was saying the same things about people analytics then. That’s because there’s still an unrealised potential for it,” says Alec Levenson, senior research scientist at the Center for Effective Organization at the Marshall School of Business, University of Southern California.

“What typically happens is people focus on the data in front of them as opposed to figuring out the right questions to ask. They say ‘there must be something we can learn from looking at this data’ and, yes, there is always some kind of insight,” he says. “But if you’re only looking at the data and not embedding it in the larger business context and asking bigger questions about what problems you’re trying to solve, then it can lead you down dead ends and rabbit holes and Alice in Wonderland kind of adventures.”

Teams have focused too heavily on reporting rather than tapping into the possibilities of predictive or prescriptive analytics adds Oliver Kasper, director of people analytics and digital HR at Swarovski.

“People analytics can go in two directions,” he explains. “One direction is looking back, so reporting what happened in the past. Then there’s activities that look into the future – that’s predictive and prescriptive analytics. I’d say only 1-2% of the biggest companies are doing the second one.

So with data’s importance only mounting, how can HR build a people analytics team that will truly deliver business results?

First, HR should take a step back and determine what it actually wants out of people analytics, says Aaron Alburey, CEO of HR transformation consultancy LACE Partners.

As far as Alexis Fink, VP of people analytics and workforce strategy at Facebook, is concerned, the purpose of the function should be three-fold. “I try to think of this along three axes. First, along the x axis, there’s the employee lifecycle. There’s great opportunities to connect dots from the candidate pool through selection, onboarding, employee attitudes and exit research. The y axis is the level of analysis – individual, team, organisation, enterprise, and even beyond the boundaries of the organisation to industries, labour markets and communities,” she says.

“Finally, the z axis is about the way you’re using the data. Are you executing processes, doing reporting, analysing in search of patterns, or creating algorithms that can effectively recommend courses of action?”

There are “two very different ways” of looking at the role of a people analytics team, feels Levenson. “One is that it is just a data processing function. If you set up an HR analytics team that way you’ll not have to worry about business impact or being a true business partner – you’ll literally just be a data-processing chimp,” he says.

“But if the goal is to get insights that actually help the rest of the business to run better, you can’t just be a data processor. It needs to be about insights, and not just HR insights but business insights.”

The latter – focusing on business data and issues rather than just HR data and issues – is the direction teams should be headed in, agrees David Fineman, specialist leader in people analytics and workforce planning in the workforce transformation practice at Deloitte. “High-impact people analytics happens where there are partnerships across the organisation,” he says. “Analytics should focus on business challenges so, yes, the people analytics team should look from an HR lens, but they should be focused on achieving broader organisation objectives.”

“These are key business challenges that we’re supporting behind the scenes,” says Kasper. “We’re not there to solve pure HR topics.”

With teams expected to take a broader business perspective, where they should sit within the organisation is also up for debate. According to Fineman, the most common approach is for people analytics to be run by a dedicated team within HR, reporting to the HR leader: “Typically it’s separate and distinct from a reporting group and not necessarily part of HR operations, but reports directly into the CHRO.”

Just because it’s there to solve business challenges doesn’t mean the business should take ownership of the team, agrees Levenson: “HR analytics should be a centre of excellence, and it could report into HR or into a larger analytics group.”

Although noting it is a far less common approach, Alburey says he has seen some create a team combining business operations and HR, which is co-owned by HR and the business. While “neither model is better than the other”, he feels a co-ownership approach can help the team get closer to the business.

“The risk with creating the team within HR is that they end up producing lots of reports just for HR – they take a more HR-centric view on what they want to see, so things like talent data and salary insights, and they aren’t necessarily clear what business outcomes they’ll deliver because they’re a bit further back from the business,” he says. “If the business and HR are combined, it’s easier to find the business problems that need solving and to direct efforts towards business outcomes.”

The reporting line is just one part of the picture though, with the make-up of the team also important. “Most people analytics teams are very small – just a few people – therefore their structures are pretty fluid and there tends to be a lot of variety,” says Fink.

In larger teams, however, there should be more structure, says Fineman, who breaks the function down into four distinct sub-teams: reporting; data science, insights and analysis; data governance; and platform management.

It’s a sentiment shared by Levenson, who agrees that “a pure data scientist is one of the last people I’d hire into a people analytics group”.

“There’s an image out there that if you just hire a data scientist they can solve all your problems, but they won’t,” he says. “Would you put a data scientist in a client-facing role talking to people in the business or the CHRO? That’s the litmus test question to ask. And strategic people will say ‘absolutely not, because they won’t know the right things to say’.”

For Levenson, it’s less about technical, analytical roles and skills, and more about qualitative, soft skills such as occupational psychology.

“A data scientist typically has no understanding of organisational science and how the business runs and actually you need good occupational psychology,” he says. “Then you need business consulting skills in the team – people who know how to roll their sleeves up and problem solve.

“It’s that old adage about the need to focus on causation not correlation. You won’t know the right questions to ask to crunch the right numbers unless there’s organisation science and business consulting.”

In Fink’s eyes, it’s this all-important consulting expertise that’s in short supply in most teams today. “Often people analytics teams really function as service providers, and many of the requests they get are just fishing expeditions. They might be providing great services, but they are answering questions that aren’t particularly powerful, and don’t lead to action. Influencing and consulting expertise can help a lot with overcoming that barrier to overall team effectiveness,” she says.

“The ideal person will have all six skills, but many will just have some,” he says. “That’s fine, but you do need all six skills within the team.”

But can this diverse skillset be found among existing HR professionals? Not necessarily, says Fineman. “It’s important people in the team learn the domain knowledge, but often people in the data governance roles will come from more of an IT and IT strategy background,” he says.

“They work to both bring in information about the business challenge to solve and on the other side explain the outcome of the analytics.”

“These colleagues are the eyes and ears for a workforce analytics team; they can use their business knowledge to identify business challenges and projects,” agrees Andy Papworth, director of people insight at Lloyds Banking Group.

Fink notes the teams she has worked in have housed a host of backgrounds and expertise even beyond HR and IT. “There’s generally a core of graduate-level industrial, organisational psychologists, but also folks with backgrounds in other social sciences like cognitive, social, educational and developmental psychology, anthropology, economics or government; those with MBAs and consulting backgrounds, and folks coming out of hard sciences like physics, chemistry, mathematics, engineering, even geology,” she says.

Fink cautions against building a people analytics team to hard and fast rules. “Just like parenting, there’s no one right way to approach people analytics work. The structure and charter of my team reflect the size, complexity, priorities, challenges and culture of the organisation I am serving at the time,” she says.

“Part of what’s fun and exciting about people analytics work is that it’s not one size fits all.”