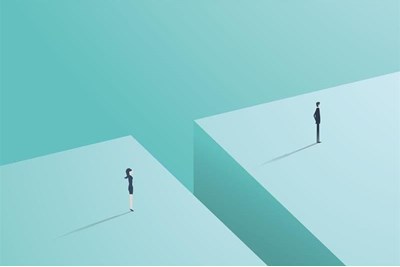 As well as no expectation to report data, the government has also suspended the fine that companies would have to pay if they did not report their gender pay gaps.

The deadline for public sector bodies to report on their gender pay gaps would have been 30 March, with private companies’ reports due on 4 April.

In a joint statement minister for women and equalities Liz Truss and EHRC chair David Isaac said: “We recognise that employers across the country are facing unprecedented uncertainty and pressure at this time. Because of this we feel it is only right to suspend enforcement of gender pay gap reporting this year.”

The Government Equalities Office said more than 3,000 employers (26% of expected reporters) have already reported their data this year, and it will continue to provide support to other employers that wish to do so.

Gender pay gap reporting rules were brought in under the Equality Act in April 2017 for companies with 250 or more employees to display the gap in salaries between men and women.

Businesses are required to report their average hourly wage and bonus gaps and the proportion of men and women who receive bonuses.

The EHRC names and shames companies that fail to report their gender pay gaps and formally investigates their non-compliance.

The CIPD has welcomed the relaxing of this year’s gender pay gap reporting requirements, in recognition of the pressure employers are under, but is encouraging organisations to continue reporting if they can.

Charles Cotton, senior reward advisor at the CIPD, commented: “The government’s decision to relax this year’s gender pay gap reporting deadline is testimony to the incredible and unprecedented pressure that organisations, and the HR profession in particular, are under.

“Keeping our workforces safe and paid, as well as supporting new working practices to help businesses survive, must remain the priority throughout this crisis.”

Rebecca Hourston, managing director at Talking Talent, has urged businesses not to turn their backs on the topic of gender equality altogether.

“While the news that employers will not have to report on their gender pay gaps this year because of COVID-19 is understandable, it is crucial for businesses to not lose sight of the importance of gender equality,” said Hourston.

Hourston added: “After all, driving inclusion and diversity makes a tangible difference to the progressiveness of an organisation’s culture and employee engagement – and it’s great for the bottom line.

“Forward-thinking companies must nurture, engage, enhance and invest in a diverse workforce. Ultimately it will be these organisations that will be built for long-term sustained success, particularly in times of such unforeseen turbulence and uncertainty.”