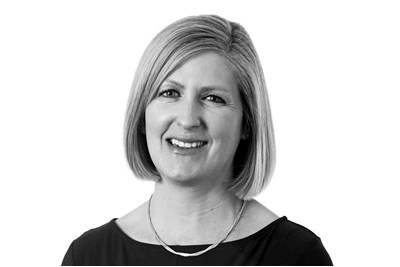 Gender pay gap (GPG) reporting has shone a much-needed spotlight on workplace inequality. However, last year only half of employers improved their GPG and 39% reported a worse gap

According to The Fawcett Society it will take 60 years for the gap to be bridged if the current improvement rate continues at the same pace. The mindset of the modern workplace needs to change, but there are also issues with the legislation itself that are holding back progress.

One of the downfalls of the current legislation is the lack of accountability for businesses that fail to report or provide erroneous GPG figures. There are no penalties for poor reporting and therefore no incentive for employers to report their pay gap accurately. Ultimately this can result in the process becoming a tick-box exercise, which undermines the purpose of the legislation.

Employers are required to provide the government with six separate GPG figures. These are complex calculations and there is not an auditor tasked with checking the numbers to ensure they are accurate. Without this the reporting process is at risk of manipulation. Introducing an independent body to act as both watchdog and enforcer would much improve the current system.

Only firms with more than 250 employees are required to report their GPG, yet it would be naïve to suggest that such inequalities only exist in larger businesses. It seems right that the net should be cast more widely to capture a greater number of firms and provide a broader picture. Change is often easier in smaller entrepreneurial organisations, which are more likely to have the structure and mindset to adapt. It will be these businesses that set the standards for the next generation of workers and the legislation should reflect that.

While the legislation ensures that firms calculate and record their pay gap, it does not require them to take action to reduce that gap. To encourage meaningful change the legislation should be extended to include mandatory action plans that detail how firms will address the problem. This will encourage organisations to understand the factors that contribute to their GPG numbers and start to make long-term changes. A legislative requirement to publicly explain how businesses will address their gap, alongside a more accountable and audited system, will increase the pressure for accurate reporting and commitment to reducing the GPG.

Women are not the only group that faces pay inequality. Research from Green Park Group revealed that the number of directors at FTSE 100 companies from black, Asian and minority ethnic backgrounds is decreasing, a trend that can only add to the race pay gap. Many experts believe that reporting on ethnic pay inequalities will be the next area of focus, although some would argue that pay discrepancies among other groups such as the socially disadvantaged or the disabled are also being overlooked.

In October 2018 the government consulted on ethnic pay gap reporting, but more than a year later we are still awaiting the conclusion and pressure is mounting for the practice to become mandatory. It has been mooted that the holdup is down to semantics – what wording should be used, which data should be collected and compared – but such delay over detail is only holding back progress. Collecting this type of data is 100% achievable for large organisations, and if they are already committed to improving diversity in their business then it is likely they will be capturing this already.

If we are all committed to pay equality in the workplace then it is imperative we look at the full picture and not focus on one area. Whatever the outcomes of the current political turmoil, what is clear is the need for positive legislative direction to encourage the pace of change.

Claire England is director of diversity and inclusion at JLL