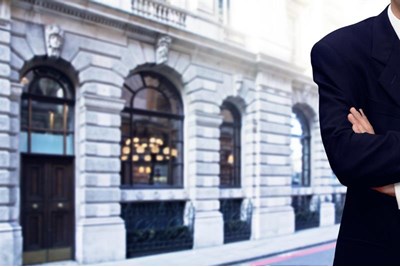 This is the third year UK organisations with more than 250 employees have been legally required to publish a snapshot of their gender pay gap.

The financial and insurance firms who reported gaps have shown an average increase to 23.1% from 22.2% two years ago.

The official gap is estimated at 17.3% across all employees and sectors, according to The Office of National Statistics.

Banking and financial service HSBC reported its gap at 47.8%, which is the same as it was in 2019.

HSBC reported the main driver for the gap was fewer women are in high paid senior leadership roles and more women are working in junior positions.

"It will take time to redress the imbalance and the results of our work today may not fully be realised until today's pipeline of new joiners becomes tomorrow's business leaders," a HSBC spokesperson said in a supporting statement.

Sheila Flavell, chief operating office, FDM Group, said the gap was proof companies are not doing enough to combat inequality in the workplace.

“Evidently, there needs to be more measures introduced by leaders in organisations, large and small, to ensure fair benefits and equal career opportunities for all," she said.

Flavell suggested that in order to improve the pay disparity between male and female employees, companies need to look at the figures and acknowledge that the problem still exists before actively collaborating with the UK’s education institutions.

“With the right assistance and properly observed guidance, women and men can ensure that they are given equal opportunity and pay. There needs to be an acknowledgement of these financial companies that are finding it difficult to make rapid improvements, instead focusing on the commitment made to up the pay ratio, so that positive change can take place,” she said.