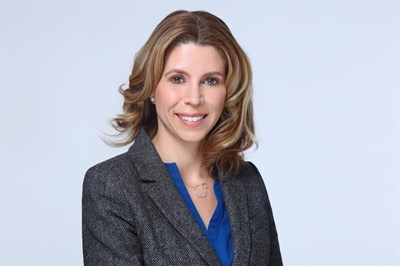 There are five key trends driving the need for family-friendly workplaces over the coming year.

For too long family-conscious fathers have been prohibited from playing a more active role at home. According to a 2019 Workingdads.co.uk survey two in five working fathers have had their requests for flexible working turned down, while one in four said their manager doesn’t understand the pressures of juggling work with family life.

This is even more concerning given 13 men commit suicide per day, of which feelings of isolation and disconnection from families could potentially play a role. Meanwhile ‘hands-on’ dads are not only 40% more likely to stay with their partner and children, but also happier and healthier.

Employers keen to boost the mental health of their male workers are now recognising the need to become ‘parent’ as opposed to just ‘mother’ friendly. For example, by offering parental coaching to dads as well to support them with the huge life change they’re about to go through also.

After a decade-long slump in productivity UK workers are continuing to produce less during the entire week than all our major competitors – including France, Germany and the US.

Add to that the UK’s overwork culture and the idea that the person sitting at their desk until 9pm every night is somehow more committed than the person who wraps up all their work to leave at 3pm every day seems rather outdated.

With economists and mainstream political parties now keen to introduce a 32-hour working week to help fix the UK’s ‘productivity puzzle’, family-friendly workplaces where people are judged on their output rather than time input are set to become the norm. Indeed, a study by Microsoft Japan showed that a four-day working week improved productivity by 40%.

With many companies considerably struggling to make progress, there will also be much greater emphasis on the underlying barriers driving pay disparity. Issues driving the ‘motherhood penalty’ (such as flexible working discrimination), which cause three-quarters of women to find it harder to progress their career after having a baby, will have to be properly understood and addressed.

With employers under increasing pressure to close their pay gaps, HR will need to determine how the business is consciously or unconsciously discriminating against working mothers, and the importance of opening up more agile ways of working to everyone.

Quite often, if they haven’t got children themselves, managers can’t comprehend what it’s like to tend to a sick child all evening, do an intense day’s work, buy a food shop on the way home, cook dinner and prepare everything for the next day. They often assume the employee is slacking off if they don’t pick up an email in the evening.

Some managers conclude that if someone is working fewer hours than before they won’t want to be considered for promotion. Yet the individual might be more than capable of doing this within the hours they work, or have the support needed at home to take on extra responsibilities.

By coaching managers how to talk to parents about difficult things like stress levels and emotions, family-friendly workplaces can create open cultures with much higher levels of trust than workplaces where managers never talk to employees about their life outside of work.

Tighter labour markets and skills shortages in the run up to Brexit mean good salaries and benefits alone won’t be enough to attract the best people, if the culture of the company forces people to work late and doesn’t support them over issues they might be experiencing outside of work.

The digital revolution is set to radically transform how and when we work, every bit as much as the computing revolution and advent of email did. Meaning demand for agile working is only set to increase.

By equipping managers with the skills needed to harness the full potential of employees, regardless of when or how they’re working, HR has a valuable role to play in increasing employee engagement, career progression and satisfaction to become an employer of choice.