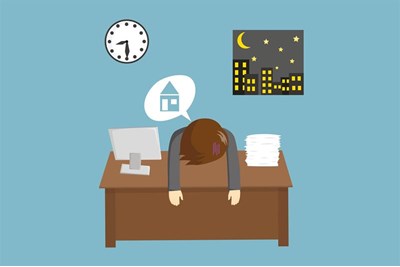 As a working professional that now works less hours than I did pre children, I can definitely say I'm more productive and creative. There simply isn't an opportunity to waste time so you have to be ...

Working fewer hours each week could help tackle productivity issues in the UK, according to think tank Autonomy.

Its report, The Shorter Working Week: A Radical and Pragmatic Approach, looked at OECD data showing that Germany is more productive than the UK, despite employees working fewer hours on average (1,356 hours compared to 1,681 hours per year respectively). Meanwhile Mexico (2,257 hours per year) and Greece (2,018) are both less productive than the UK but residents work significantly longer hours.

Autonomy called on the government, businesses, and trade unions to work together to introduce the four-day working week over the next decade and made a series of policy recommendations. These include: identifying 'high-burnout' roles, such as those in public services; controlled four-day working week trials; increasing the number of bank holidays from eight to 14; and establishing a ‘UK Working Time Directive’ that would decrease weekly working hours annually, with a medium-term target of achieving a 32-hour week by 2025.

This new report follows recent claims by the TUC that the four-day week could become a reality within the next century.

Kyle Lewis, co-director of Autonomy, said that he hoped the report would be part of a wider discussion on the introduction of shorter working weeks.

“There is a growing consensus that shorter working hours – without a loss in pay – should be part of a new economy and a new deal for working Britain,” he said.

“This report uses rigorous research to make the case that working time is one of the important issues of our times. From the effects of overwork on our mental and physical health, to the damage that the work-consume cycle does to our environment, governments have to realise that the key to a sustainable future is not more work but a collective reduction in work. We hope this paper – the most extensive of its kind to our knowledge – contributes to the concerted discussion already underway.”

John McDonnell, Labour shadow chancellor of the Exchequer, gave his backing to the report.

“This is a vital contribution to the growing debate around free time and reducing the working week. With millions saying they would like to work shorter hours, and millions of others without a job or wanting more hours, it’s essential that we consider how we address the problems in the labour market as well as prepare for the future challenges of automation,” he said.

As a working professional that now works less hours than I did pre children, I can definitely say I'm more productive and creative. There simply isn't an opportunity to waste time so you have to be very focused on what you want to achieve each day and clients/employers who recognise that and judge me on the work I'm producing, rather than time spent producing it, get the best results. Plus less time attached to a screen in the office allows for more creative thinking time on how to overcome issues and come up with better ways of doing things. It's just a shame some people still judge you for working less hours.

Hi, i think this is a great article and its something we potentially want to look at doing in our business, at least as a trial, for a team member once per month to have reduced working (we have mills and factories that do need attention on every day of the working week). However, we have many employees who work part time, who would suggest that they can also fit their working week into 4 days (and currently do), so would want to be paid a full time salary What answer/solution would we do for this? I have an examples of people who work 3 or 4 days per week, but probably do the 5 day week hours. Also, is this done on a rota for each dept, so each person has a different day off? As a business we want health and wellbeing at the forefront and would really like to see how this could fit, with our part timers not feeling disregarded.