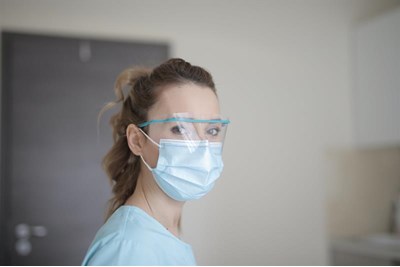 Calls for the Coronavirus Job Retention Scheme (CJRS) to be extended for those at high-risk who cannot work from home have been made by the TUC and a coalition of charities.

With the announcement that shielding restrictions will be lifted across parts of the country from 1 August, the TUC has warned that many face having to return to work despite being at heightened risk.

It said many older and disabled workers and those living with ill health may not be able to go back to work safely because they face a high risk from coronavirus, and that localised outbreaks were likely to re-introduce shielding restrictions in the future, further impacting high-risk workers.

In March, government asked around 627,000 people who had been in work to stay at home and shield from the risk of coronavirus. Yet one in three (31%) were furloughed and could not work from home.

The TUC also suggested many with childcare or wider caring responsibilities also lack the support they need to get back to work and risk losing their jobs without the extension of the furlough scheme.

Frances O’Grady, TUC general secretary, warned thousands were at risk of being forced out of their jobs if the CJRS was not extended.

She said: “Ministers can’t stand by and let these people lose their jobs and livelihoods. The priority now is stopping the misery of unemployment – and making sure people who can’t work through no fault of their own do not lose everything they’ve worked so hard for.”

On top of the extension request, the TUC also called on government to make support easier to access for high-risk workers, for example being able to rely on a note from their GP or clinician to show their employer that they qualify for furlough.

The TUC said a one-off payment from the government-funded Access to Work scheme would also make sure remote workers have appropriate support with working space adapted to help those at high-risk.

Caroline Abrahams, charity director at Age UK, said: "People who have been shielding have made great sacrifices over the last few months to protect themselves, their families and the NHS, and it would be hugely unfair if they lost their jobs as a result.

“But this is a real fear now, especially for older workers who had been banking on keeping working to fund their retirements. These shielders have supported all of us by keeping themselves safe from the virus, now it’s time for us to reciprocate by helping to protect their jobs.”