Workers encouraged to return to work where possible 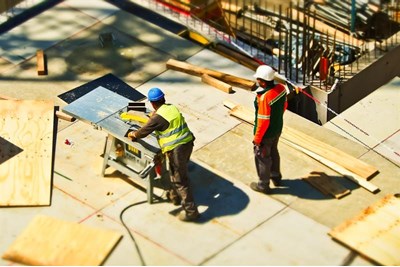 Employees who cannot work are being encouraged to return to their workplaces as of today.

Last night prime minister Boris Johnson addressed the nation to give a brief outline of a new road map for “reopening society”.

Where possible workers in England should return to the workplace but social distancing measures must be retained, Johnson said.

He gave the example of the manufacturing and construction sectors as industries which should return to work but recommended they avoid public transport where possible.

The guidance, which will be given more detail in a further announcement today, has received mixed responses, with many commentators decrying its lack of clarity.

Rustom Tata, partner and head of the employment law group at DMH Stallard, questioned if the government’s recommendations were realistic.

"Many workers, presumably on furlough if they haven't been able to work for the last couple of months, will still be concerned about the health risks of attending at work without there being very clear provisions in terms of what protective measures are being taken in the workplace,” Tata said.

Prior to the prime minister’s address a survey by the CIPD found that in a sample of 1,000 people, an average of four in 10 were anxious about returning to work. 31 per cent of respondents also expressed anxiety about commuting.

For Peter Cheese, chief executive of the CIPD, the drafted guidance “does not sufficiently recognise” this sentiment that many people do not feel safe enough to return to the workplace “due to concerns for their own safety or others they are close to.”

He said: “Returning should be mutually agreed and employers should go out of their way to ensure individuals’ concerns are addressed. Employers must bring people back gradually, when required, and learn from each person’s experience, building employees’ trust in the business to treat them well.”

Thankfully, Tata added that employee dismissal as a result of non attendance due to the impracticalities of return to work and a concern for personal safety would “almost certainly be unfair.”

"Clearly, the PM is attempting to 'move the needle' but until the position on public transport and school reopening are clearer and deliverable, little is likely to change for the overwhelming majority of workers,” added Tata.

The latest move from the government is the first step in a multi-stage plan to restart the economy.

Step three, which could be enacted by early July if the spread of the virus remains low, would mean that some of the hospitality sector, and other public places, could be reopened.

Samantha Hamilton, HR director at Dakota Hotels which has had to close all of its premises due to the virus, told HR magazine that the advice given in the prime minister’s address was expected.

“I would say that the information given was expected and although I understand why timelines can not be shared at this time, timescales are now what we need operationally to set out more definitive plans,” Hamilton said, adding that she would be hoping for more clarity on how it relates to her sector soon.

She also said that more information on furlough payments past 30 June was needed.

As previously announced, the government is planning to wind down its Job Retention Scheme (JRS) from the beginning of July.

In preparation for a return to work some creative approaches, including a 'four days on, ten days off' rota, have been proposed, however the status of the JRS is proving to be a key sticking point.

Fearing avoidable job losses a survey from the CIPD revealed that the majority of employers would like the scheme to be extended to September.

To help HR professionals draft future return to work plans the CIPD has released five key principles for businesses to consider which are: ‘Know your business, put people first, be flexible, be inclusive and be open.’

“The CIPD also wants employers to understand and be prepared that this guidance will really test their legal duty of care to keep workers safe from physical harm and the need to continue to meet individuals’ employment rights,” Cheese added, advising that this phase of the COVID-19 crisis will be “more complicated to navigate than lockdown as there will be many judgements to make.”