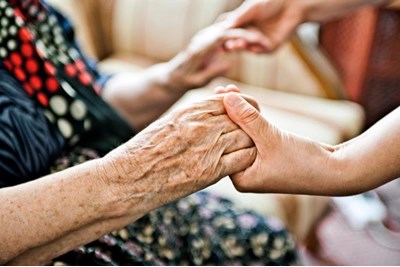 Employer’s support of working carers has been brought into question due to carers who also work time admitting they have considered giving up their job entirely to look after their relatives.

Almost half (46%) of those asked by the CIPD said they had used their annual leave to provide care and 24% said they have thought about giving up their job.

Dedicated paid carer’s leave was identified as the most sought-after support employers could give (40%) yet only 9% said this was already available to them.

For Sue Yeandle, lead researcher of the report and professor of sociology at the University of Sheffield, the results also showed some surprising differences in gender where paid carers leave was concerned.

Twenty-five per cent of men asked had been granted paid carer’s leave compared to only 15% of women.

Yeandle told HR magazine: “For some extraordinary reason, men are finding it easier to get paid carer’s leave than women which certainly surprised me in the findings.”

In response the CIPD and the Centre for International Research on Care, Labour and Equalities (CIRCLE), for which Yeandle is director, is lobbying the government to introduce an annual entitlement of five days’ statutory paid carer’s leave.

This added support will not only benefit working carers but have a positive outcome for employers, they said.

Yeandle added: “People who said they felt supported were in many respects behaving differently at work, and behaving in a way that employers would find really helpful. So what they [HR] need to do, is to ensure there's a suite of support available because caring is very varied.”

Schemes like a care passport, which means working carers don’t have to re-disclose their circumstances when changing jobs, or working under a different manager was one of the measures suggested by Yeandle.

She said: “I think organisations should talk to their carers and find out what support would help them, because it's the carers themselves which will know what solutions would be most helpful.

“It's really important that HR and organisations have some kind of care policy or guidance in place and that they are communicating that so that carers know what support is available within the organisation.”

As part of policy, McCartney added that it would be essential for businesses to form a clear definition of what it means to be a carer given the role varies.

She said: “We know that not everyone identifies as a carer - some people might just think that they're doing their duty or helping someone. They might not think to raise the issue with their line manager.

“Then others still will think ‘actually I'm not particularly comfortable sharing that information,’ particularly if they don't think the organisation will support [them].”

Data for the report was gathered by the CIPD, in collaboration with the University of Sheffield, in 2019 yet McCartney said the coronavirus pandemic is likely to have exacerbated issues.

Bereavement, recovering from infection, and balancing multiple stresses within the home are all factors relating to the pandemic that McCartney said could have an influence on working carers.

However, she said the circumstances do come with potential for organisations to know their people more.

“Organisations may not have had that conversation with people about their caring responsibilities or may not have any idea how many carers are in their workforce. Yet because of the pandemic, many employers will be talking about people and whether there are any vulnerable members of households or anyone dependent upon their employees.”

The mass remote and flexible working “experiment” many people now find themselves in is one aspect of the pandemic that McCartney said could have a positive outcome for working carers.

Findings from the CIPD/University of Sheffield report, Supporting working carers: How employers and employees can benefit, are based on data from a representative YouGov survey of working carers in England and Wales conducted online in July/August 2019. It was completed by 970 unpaid carers in paid employment (excluding self-employed workers).