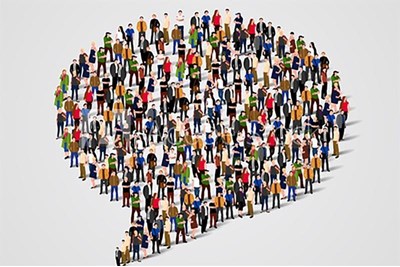 Thank you for this insightful piece. I stepped down a few weeks ago as CEO of a small professional body based in London. Initially my appointment was as a stop gap after my predecessor left suddenly. ...

What gets said, what doesn’t, and who is and isn’t listened to are vital to organisational success

Most leaders are blind to just how difficult it is for others to speak up to them. They fail to recognise that truth and power are inextricably linked and that no matter how approachable they try to be, employees will always be careful about what they say, and will only ever disclose what they think is safe or politically acceptable. As a result leaders are missing out on vital intelligence that could drive their company’s success – or even its survival. This research explored what gets in the way of people speaking up and being heard in organisations. It describes the results of an ongoing four-year study, including interviews, surveys, action inquiry and ethnographic inquiry, and involving more than 4,000 individuals from across the globe and at all hierarchical levels.

The seemingly endless stream of corporate scandals hitting headlines of late is evidence of just how vital it is that organisations enable their people to speak up. Witness the revelations of financial misconduct at Wells Fargo, the emissions scandal at VW, and allegations of doping in the athletics world to name just a few.

Add to this the numerous high-profile allegations of sexual harassment in the workplace, which have affected industries from fashion to finance and sent shockwaves through the corridors of government and the charity sector.

Such incidents have been highly damaging to organisations, ruining hard-won reputations, blighting brand credibility and affecting share prices. So why was it that employees in these organisations – many of whom surely must have been at least partially aware of what was going on – didn’t speak up about malpractice or unethical or inappropriate behaviour?

Encouraging employees to speak truth to power is an issue that HR directors across the private, public and third sectors are constantly wrestling with. They desperately need people to speak up about the issues leaders should be aware of – but are struggling to find a way to make open and honest dialogue ‘business as usual’.

It’s important to recognise that the challenge is not just getting people to speak up about the ‘bad stuff’. If organisations want to stay ahead of the game in a highly-competitive world they also need to find ways to tap into the collective wisdom and intelligence of their people.

After all, the employees on the frontline have their fingers on the pulse of what the customer needs, and know how the business can meet those needs faster or better than their rivals.

However, one of the key barriers to innovation is a reluctance by employees to get involved and share their ideas, for fear that their contribution will not be appreciated or valued, or that challenging the status quo could be career-limiting. As countless surveys have shown, employee engagement levels have hit an all-time low, with staff leaving their energy, enthusiasm and ideas at the door.

Typically organisations respond by introducing new policies and procedures. A whistleblowing hotline is set up, disciplinary and grievance procedures are reviewed, innovation challenges are launched and engagement surveys rolled out on a regular basis. Training courses are also springing up designed to equip employees with the capability to have critical or courageous conversations.

But while well-intentioned, these are little more than sticking-plaster approaches that don’t really get to the heart of the issue. Getting people to speak up is a complex balancing act that calls for highly-developed relational skills and a deep understanding of the impact that power differences have on what can be spoken and what is heard.

Our research set out to discover exactly what is getting in the way of people speaking up. Its aims were to uncover the barriers that stop people saying the things that need to be said and to understand what leaders can do to encourage better-quality dialogue with their people.

The study identified the blind spots hampering the success of voice efforts and interventions and also the traps we often fall into when speaking up and listening up.

All these traps were graphically displayed in a manufacturing organisation we worked with recently. It’s an intensely political business, where the operations and commercial departments rule the roost and HR is low in the pecking order. The HRD has been in place for 10 years and is the only woman on the board.

Over time she has learned that her opinion doesn’t count. If she speaks up she is quite likely to be shouted down, ignored or ‘patted on the head’. The labels attached to her – HR and woman – have contributed to her low status in the business.

As a result she rarely puts her head above the parapet and tells the board what it really needs to hear. She has become resigned to her fate, and doesn’t know how to change things. This is a systemic and cultural issue, not simply one of her having more confidence, influencing better or stepping up.

The research showed that if leaders are to stop inadvertently silencing their people they need to raise their ‘in the moment’ awareness of themselves and of how power is constructed in their environment. They need to choose to say different things, to different people, and to hear different voices.

Recent work with an HR director at a well-known service industry organisation illustrated that it is possible to make such a difference.

The company operates in a sector that is typically intensely political, hierarchical and where it is difficult for people to challenge the norms. The HR team was struggling to collaborate and it was clear that people didn’t feel safe speaking up.

We worked with the team over a period of six months, focusing on increasing their awareness of group dynamics and how power and politics affect conversations.

Team members worked hard to deepen their understanding of the dynamics of dialogue and to change the way they engaged with each other. They became more willing to speak up, and gradually felt more comfortable doing so. Their habits of conversation have now shifted, and the changes in their team culture are palpable.

To help other organisations make the same shift we have developed the TRUTH framework (see below). This tool helps to heighten people’s awareness of the issues they need to consider, the barriers that might be getting in the way of open and honest dialogue, and the traps they need to avoid.

Improving the quality of conversations that take place in organisations has become ever more important in a world increasingly dominated by technology, where our ability to communicate with each other effectively on a human level is under growing threat.

Silence is a dangerous thing for any leader and organisation. What gets said, what doesn’t get said and how we interact with each other on a daily basis are fundamental to organisational success.

And it’s not just about what happens within the organisation’s walls. Speaking up and listening up also affect people’s lives on a daily basis and getting it right can have a major impact on employee wellbeing.

What organisations need to recognise is that if they want to change the culture they first have to change the conversations. This isn’t easy and isn’t something that can be transformed overnight. It requires persistence, patience and prioritisation rather than a tick-box approach or temporary enthusiasm.

It calls for consistent effort over the long term, and a more mindful approach to the way we react to and interact with others.

Megan Reitz is professor of leadership and dialogue at Ashridge Executive Education, Hult International Business School. She is on the Thinkers50 radar of global business thinkers and is ranked 20th in HR magazine’s Most Influential Thinkers 2018 listing


John Higgins is research director at The Right Conversation, where he’s working to develop a ‘Speak-Up Index’ (a measure of organisational transparency) and is a research fellow at Gameshift

Thank you for this insightful piece. I stepped down a few weeks ago as CEO of a small professional body based in London. Initially my appointment was as a stop gap after my predecessor left suddenly. I inherited 65 people of whom 13 were my direct reports! Staff cuts had all been focused on the junior posts. There was a culture of recruiting the least worst candidate and a dreadful fear of speaking out or up about anything for fear of “getting your head blown off”. On Day 2, l sacked two direct reports, neither of whom was or needed to be replaced. That sent a shockwave through the firm but also a small message of hope that change was coming. Over time colleagues did speak up more; attitude surveys attracted a good response rate - >75% - with good participation in follow up cross-team workshops; and many outcomes implemented. At least two of my direct reports were not afraid to give me uncomfortable 360 feedback. Although there had been a measure of success over my 7+ years in post as CEO in encouraging colleagues to speak up, I knew that more could/should/ought to come out. I recognise my own shortcomings in some of the blind spots and listening-up traps cited but I learned too how hard it is to change culture. Old ways of thinking continued to be passed on by comparatively recent joiners to new joiners, for example. I left the organisation in a much better shape than it was in when I was parachuted in nearly 8 years ago but I know that more needs to be done about speaking up. Thanks again for this piece.