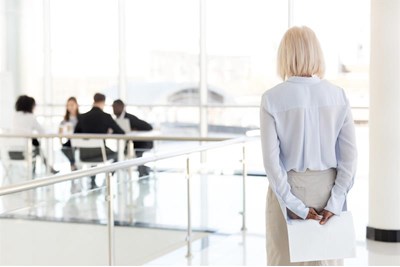 Chancellor Rishi Sunak may have created a much-needed safety net for young people yet there are concerns by some working groups that he has overlooked the needs of underrepresented workers.

According to recruitment firm Rest Less, which focuses on roles for over 50s, a rise in the number of Universal Credit (UC) claims made by people aged over 50 years’ old has created a real concern for job safety.

Rest Less said this is all the more concerning given this group would have to have less than £16,000 in savings after three decades in the workplace.

Stuart Lewis, Rest Less founder, said: “With more over 50s claiming Universal Credit than those under 24 years’ old, and redundancies surging, why would any company create a permanent role and hire a 61-year-old who has just been made redundant, when they could hire a 23-year-old for free on a temporary six month basis?”

Pre-pandemic, Rest Less’s comparison of ONS redundancy data from 2019 also found that those in their 50s were the most likely to be laid off from work at a rate of 5.4 per thousand employees.

Those in their 60s were second most likely, at a redundancy rate of 5.2 per thousand employees. And millennials, aged 16 to 29 years’ old , were the least likely to be made redundant at a rate of 3.7 per 1,000 employees.

Speaking to HR magazine, Lewis added: “The government is right to commit resources to support youth employment in its Kickstart Scheme but they’re not the only disadvantaged group in the workplace.

“By focusing intervention purely on the young, we risk distorting the labour market against other disadvantaged groups, whose challenges are no less real or severe than young people.”

Recruitment firm Hays UK has also raised concerns about the government’s support of temporary workers and called for further changes to the furlough scheme meaning it can be applied on a sector by sector basis.

This follows the CIPD’s statement on the announcement which asserted an extension of the job retention scheme for key sectors would be a more effective use of public funds.

The self-employed may also be potentially at further risk, as the chancellor’s summer update failed to provide any further support to this group.

Nimesh Shah, partner at tax and advisory firm Blick Rothenberg, said: “The government agenda to support employment and businesses during the COVID-19 pandemic seems at odds with the limited support given to the self-employed.