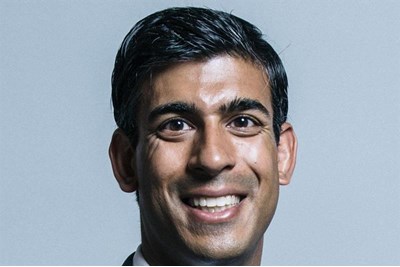 ​Chancellor Rishi Sunak has outlined a three-point ‘plan for jobs’ aiming to provide support to some of the sectors and demographics most affected by the pandemic.

Employers were told they would receive a £1,000 bonus for every employee they return from furlough and keep in work throughout January 2021.

Yet experts are concerned that the bonus does not provide employees enough security, or employers enough incentive, to retain their furloughed jobs.

For Ranjit Dhindsa, head of employment at Fieldfisher, the terms of Job Retention Bonus are unrealistic as he argued employers can’t plan ahead to January.

He said: “Many large employers who took the grant have decided to give it back, many are now fed up with countless pieces of government guidance that keeps on changing and have decided they need to just get on with their own planning rather than keeping deferring which may be inevitable.”

Katie Maguire, employment partner at Devonshires, added that the payment would be an unlikely deterrent to redundancies as, “A £1,000 payment is a drop in the ocean when considering the cost of salaries, pension contributions and employers national insurance contributions for each employee.”

The CIPD has also cast doubts over the bonus and argued that the money could be better spent.

Though the body warned in April that the Coronavirus Job Retention Scheme (CJRS) was in danger of becoming a “waiting room for unemployment,” chief executive Peter Cheese has called on government to extend it beyond October for the sectors that have been hit the hardest.

Speaking in parliament yesterday, Sunak said: “I know that when furlough ends it will be a difficult moment [...] but the truth is calling for endless extensions to the furlough is just as irresponsible, as it would've be back in June end the scheme overnight.

“We have to be honest, leaving the furlough scheme open forever gives people false hope that it will always be possible to return to the jobs they had before.”

Under this programme, employers will be paid by the government to create new jobs for 16 to 25-year-olds, which will equate to a grant of £6,500 per person.

The chancellor has initially allotted £2 billion for this scheme, though he said there would be no cap on the number of places available.

He said: “This funding is an opportunity for all businesses, regardless of the impact of COVID-19, to improve their resilience by refreshing their own talent pool for the future whilst contributing to increased employability across the economy.”

However, others have raised questions about how the government is going to ensure the quality of these schemes and people’s ongoing employment.

Kirstie Donnelly, CEO at City & Guilds Group, said: “These interventions may have the potential to tackle unemployment and help boost productivity, but only if they genuinely lead to new skills and real jobs at the end.”

The Treasury will also provide £2 billion to create new jobs in high demand areas such as construction as part of ongoing plans to ‘level up’ infrastructure across the UK.

Allocated under the “green recovery” section of the plan, new jobs will be created through an initiative to make existing homes more energy efficient.