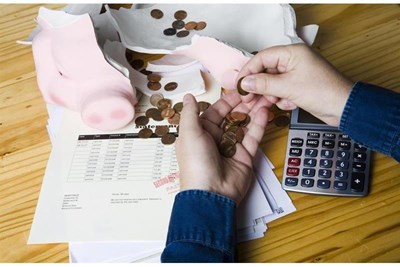 A further seven in 10 families surveyed by the Joseph Rowntree Foundation (JRF) and Save the Children said they had to cut back on essentials, and over half said that they were behind on rent or other necessary bills.

JRF is therefore encouraging employers to adopt an ‘earnings on demand’ practice which would give employees flexible access to their wages.

The findings add to growing concern about the crisis deepening poverty rates in the UK. Figures earlier this year showed 60% of those in poverty are from working households, and many parents, mothers especially, are now facing job insecurity.

The difference between families staying afloat or going into debt was found by JRF and Save the Children to be £20 per week or more on average.

As a result, the charities are now advocating for the UK government to temporarily increase families’ social security payments to account for the extra £20 per week.

James Herbert, CEO and founder of earnings on-demand provider Hastee, said work must be done on a policy level to reform the payment system.

He said: “Earnings on demand is the solution to address the financial insecurity of millions in the UK by offering a right to choose how regularly you are paid. Government departments can also use it to offer liquidity to their claimants as well.”

Speaking to HR magazine, Herbert also encouraged those in the people profession to increase their efforts in financial wellbeing.

He said: "Talk to your staff and ask about liquidity. Would earnings on demand and the ability to change when money gets into employees’ pockets help them?

"Would it enable them to avoid credit when they don’t need to, or make purchases for their lifestyle without resorting to credit card debt, could it keep them off high cost loans?”.

Public Health England chief executive Duncan Selbie warned last week that the economy would need to level up at “supersonic speed” to prevent the most vulnerable from losing their jobs.

JRF and Save the Children’s survey was conducted in May and June and is based on data provided by 3,105 parents of children under 18 claiming either Universal Credit or Child Tax Credit.