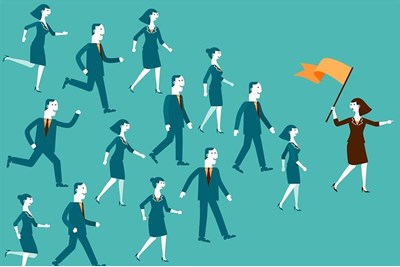 'Lead by example' is one of those oft-touted, but much less often enacted phrases used in management. HR, legal, and compliance professionals spend a lot of time crafting policies which set the rules for behaviour at work but culture dictates what actually happens and more importantly, what happens when no one else is looking.

September’s FCA report: Messages from the engine room, looked at the classic disparity between the behaviour of leadership and the behaviour of the rank and file workforce. There’s a difference between conduct and culture and it’s often found that the content of messages can unintentionally vary wildly as it is cascaded down from the top through middle management.

On the other hand, there is a constant stream of senior executives at big name companies including McDonald’s, Away, Adidas, and Google who have allegedly flouted ethical rules or expectations when it comes to behaviour with more junior employees.

This suggests that bullying and harassment are perhaps not really taken seriously, and half-hearted efforts to tackle matters of workplace misconduct raise questions about the role of leadership in bringing about meaningful change for our institutions.

A prerequisite for achieving good leadership requires an example to be set for those further down the hierarchy to follow.

Failure to do so results in unrest among employees and, in recent years, we have seen an unprecedented rise in the number of high-profile employee complaints directed at employers through external channels such as social media or brand destroying press exposés.

A blistering report about GMB union, one of the UK’s largest trade unions, saw the organisation branded ‘institutionally sexist’ by a barrister leading an independent inquiry into its culture.

Karon Monagan QC was contacted by 150 people who wanted to provide evidence in the investigation which concluded that women were underrepresented throughout the union’s ranks.

Other public challenges have been launched under the banners of movements such as #MeToo and Black Lives Matter by employees increasingly disillusioned with their organisations as shortcomings in internal channels for resolving misconduct and discrimination have become apparent.

The recent spotlight on these issues is being brightened by workers and consumers tired of brands where ethical behaviour doesn’t measure up to the promise. Yet discrimination and racism did not become systemic overnight, but were built into the system from its inception.

The recent passing of Ruth Bader Ginsburg, the second-ever female Supreme Court Justice, reminds us that gender pay discrimination has been making slow but incremental progress for decades

Rectifying systemic inequality is everybody’s responsibility because it’s a global issue, a personal issue and very much a business issue. Trust in traditional institutions like the media and government are at an all-time low and men, women and minority groups alike are looking to their employers and CEOs for guidance and leadership.

This is a trend that pre-dates the pandemic. An online survey of 1,000 HR, legal and compliance professionals working with enterprises in the US and UK in 2019, asked 'What forms of misconduct do you feel your organisation should address proactively?'

The responses were: harassment 67%, discrimination 65%, bullying 65%. Furthermore, 68% said the best way to tackle workplace misconduct is through cultivating a speak-up culture.

But creating an effective speak-up culture means cultivating it from the top down and bottom up. The 2020 Edelman Trust Barometer revealed 71% of people believe it is their CEO that should take the lead on change rather than waiting for authorities to impose it.

We are seeing that these attitudes have strengthened as a result of the Coronavirus crisis and that action from leaders is now more important than ever.

This high-pressure economic environment leads to the increased temptation of non-compliance, while simultaneously lowering the resistance of individuals at risk of being exploited as they struggle with employment.

This will impact not just ‘on-site’ workers such as those in caring or catering, but office workers as well, both those in-office and at home.

With a lack of effective mechanisms for employees to raise concerns to internal stakeholders safely and in confidence, companies should be bracing for a wave of lawsuits as a by-product of the already significant disruption caused by COVID-19.

So in order to really understand what their culture is, companies have to make it easy for employees to speak up. Companies should want to hear from their people what’s really happening on the ground. They should want to get a head’s up on problems before they grow out of control.