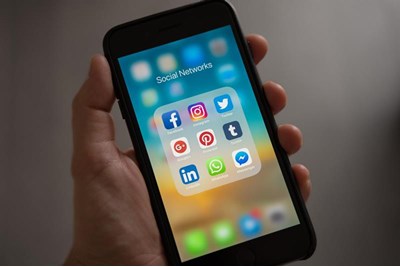 Following recent focus on the BBC's new stance on presenters' use of social media, David Lorimer and Abigail Cannon of Fieldfisher delve into whether employers can police the social media content of their employees.

What is the background here?

Since becoming director-general of the BBC, Tim Davie has wasted no time in trying to restore the impartiality of the BBC. To do so, the BBC is implementing new social media rules and hardening its stance against employees who break these rules.

Davie has gone so far as to say he is "prepared to take the appropriate disciplinary action, all the way to termination".

This problem is not the BBC's alone. Social media can generate unwelcome controversy and repercussions against any employer, and we are frequently asked: how far can employers go in policing content online?

Yes, but it is important to tread carefully: there are many legal and social factors to work through.

What do employers need to consider?

Disciplinary action, and in particular, any decision to dismiss employees, must be reasonable – the employer having fairly identified that the misconduct is serious enough to warrant dismissal, having followed a fair procedure.

Employers must also take care not to breach their contractual obligations, including the requirement to uphold the trust and confidence in the employment relationship.

Employees may assert that, regardless of the perceived (lack of) taste and decency, they are protected because their activity relates to or bears out a core belief, which may be protected as such under discrimination law.

Employees have a legitimate expectation of privacy; this includes their social media activity (often more so on some platforms than others). Employers need to think carefully before taking action which might interfere with this expectation.

The privacy right can be viewed as a sliding scale. One side of the scale would be an employee posting on an entirely private Facebook account, with no affiliation to their employer, in their own time. Here, the expectation of privacy in any post will be high.

The other side of the scale is a post on a professional profile, such as LinkedIn, where the employee is affiliated with their employer and the profile is configured for public access. The expectation of privacy would be lower here and robust disciplinary action will be more easily justified.

None of this is to say that employers are prevented from acting decisively to protect their reputation, but in most cases they will do well to ensure all of the relevant factors are considered before acting hastily.

What should employers do in practice?

Employers should, as a minimum do the following:

David Lorimer is director and Abigail Cannon solicitor at Fieldfisher