IR35 reform to go ahead 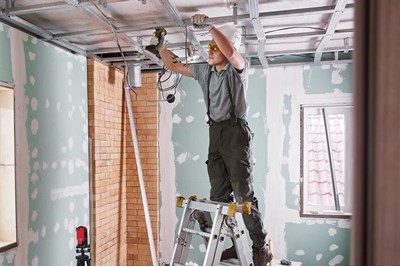 This included an analysis of the impacts on tax receipts and compliance that ensures someone working like an employee, but through a company, pays similar levels of tax to employees.

A report from the government earlier this week outlined the review process and how individuals and businesses have been engaged through a series of stakeholder roundtables.

Between 13 and 23 January HMRC, HM Treasury and the financial secretary to the Treasury held seven roundtables with 66 stakeholders affected by the reform.

According to the report stakeholders cited mixed levels of readiness. While large businesses said preparations were underway for April 2020, medium-sized organisations said they were less prepared.

Businesses also asked to see detailed guidance on the reform in the Employment Status Manual to help them prepare, and noted that the delays to its publication due to the general election had made it more difficult for stakeholders to make the necessary preparations.

The government said while it values the ‘significant contribution of flexible workers to the UK economy’, it is fair that individuals who work in a similar way should pay broadly the same amount of tax.

The report states: “Unfortunately, non-compliance with the off-payroll working rules is widespread and is forecast to cost the Exchequer more than £1.3 billion a year by 2023-24 if not addressed. This is not sustainable.

“It denies the taxpayer significant revenue for essential public services and perpetuates an unfairness between two individuals working in the same way, but paying different levels of tax.”

Dave Chaplin, founder and CEO of ContractorCalculator and director of the Stop The Off-Payroll Tax campaign, doesn’t believe the reform has gone far enough.

“This is the typical tin-eared approach taken by the Treasury, which has continued to ignore the valid concerns of businesses that are already suffering considerably because of this unworkable legislation.

“The art of taxation is supposed to be about plucking the goose with the minimum amount of squawking. You’re not supposed to kill the goose. Businesses that want to invest in the UK want to do so with tax certainty.

However, not everyone is dissatisfied with the government’s review.

Victoria Roythorne, head of compliance and operations at recruitment firm Outsource UK, said: “For such a complicated piece of legislation, the HMRC’s confirmation of a ‘light touch’ approach to IR35 is a welcome sight. Most businesses have been working tirelessly to prepare for the change and it is only right that they are not held ransom for genuine mistakes that are made in the assessment process.

“It is a positive and respectful decision for businesses and contractors alike and reflects the HMRC’s understanding of the ongoing uncertainty, in part due to the delay in the Spring Budget and the lack of detailed information.”

She warned organisations not to take a relaxed approach during this period of uncertainty though.

“Businesses must not mistake this soft period as a get-out clause. HMRC has been clear that deliberate non-compliance will still be targeted under the ‘light touch’ approach and failure to prepare adequately could be self-sabotage,” Roythorne said.

In the report’s conclusion the government states it is right to extend the reform of off-payroll working rules to large and medium-sized organisations in all sectors from 6 April 2020.

The government first announced it would be launching a review of the changes it would be making to IR35 in January 2020.