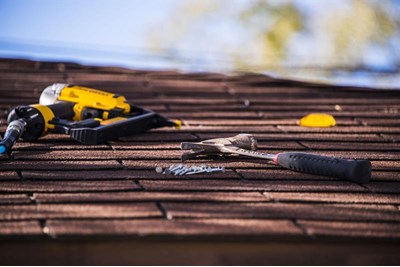 More than half of UK firms (59%) admit to considering taking a blanket approach to managing IR35 legislation because they don’t have the time to assess contractors individually, according to a survey by Brookson Legal.

Additionally the research found that 39% of businesses expect there will be fewer contractors available because of the legislation.

More than three-quarters (77%) are also concerned that all or some of their contractors previously not captured by IR35 will now fall under the new rules.

Joe Tully, managing director of Brookson Legal, highlighted that, though the research showed many would take a blanket approach, it also found that 41% wouldn’t. But he warned that the impact of the changes and employers' reactions to them could still be drastic.

“While it is heartening that many businesses wouldn’t consider taking a blanket approach to this legislation, the fact that 59% of UK businesses are actually considering doing this is shocking considering the well-publicised impact of this approach in the public sector," he said.

“Businesses may see this blanket IR35 approach as a quick fix, but it is anything but and should be avoided at all costs. Far from saving businesses time and money, this approach will lead to serious repercussions – leaving businesses wide open to increased cost, a wide-scale contractor talent drain, reputational damage, and, in some cases, accusations that they have broken the law.”

Andy Chamberlain, deputy director of policy at The Association for Independent Professionals and the Self-Employed (IPSE), added that a fall in contractors could lead to a drop in overall productivity.

“This research demonstrates exactly how big a mountain UK business has to climb to catch up with the off-payroll rules. There is a very real risk that contracting, which is a proven driver of innovation and productivity, will be pushed into decline in the UK at the time that it is needed most," he said.

“It is no surprise that clients haven’t spoken to their contractors about these impending changes; they simply don’t know what the new rules will be. We are all waiting to see the draft legislation and that won’t be published until July at the earliest. What we have seen so far is too complex, totally unfit for purpose, and with so many variables that haven’t been decided.”

The government should put the reforms on hold while organisations learn to adapt to the new rules, he added: “I am at a loss as to how businesses are expected to put processes in place in less than a year when HMRC fails to make correct determinations after 20 years. April 2020 is an unrealistic deadline – implementation should be delayed for at least another year.

“That a majority of firms are planning a blanket approach to IR35 assessments is deeply alarming – and in direct contravention of the government’s stated intention. The government needs to hit the pause button. It cannot push ahead with the reform while there are clear indications that businesses will not be able to comply with the new rules.”