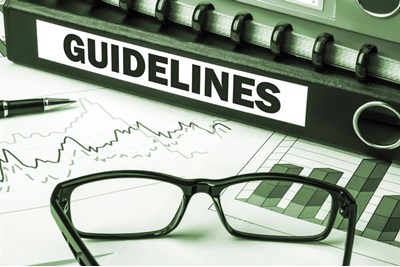 ​A third (33%) of private sector organisations that regularly engage non-permanent contractors don't know anything about upcoming IR35 reforms, according to research from Hays

The survey of 31,500 respondents (more than 18,000 of whom work in the private sector) showed that of those who are aware of IR35 reforms, nearly a quarter (24%) said they are concerned about them.

The IR35 legislation changes will come into effect in April 2020 for medium- and large-sized organisations in the private sector. They aim to tackle tax avoidance from contractors who pose as a limited 'personal service company' to mask what HMRC argues is actually an employee and employer relationship.

This follows reforms to IR35 legislation for the public sector in April 2017, which placed the responsibility of deciding whether a contractor works inside or outside IR35 law onto the employer.

Of those firms Hays surveyed who were aware of the upcoming changes, more than two-thirds (68%) believed the biggest risks around IR35 were potential cost increases, followed closely by losing key talent (56%). Nearly half (46%) meanwhile said it will be harder to engage non-permanent contractors.

The Hays research also found that only 43% of medium- and large-sized private sector organisations that engage non-permanent contractors have begun preparing for the changes. A fifth (20%) said they hadn’t begun preparations and more than a third (37%) were unsure.

Additionally, a high proportion (53%) of private sector organisations that use non-permanent contractors were unsure what proportion of their temporary workforce are personal services contractors.

Simon Winfield, managing director of Hays UK & Ireland, said that the findings are alarming. “It’s concerning to see that such a large number of private sector organisations that engage non-permanent contractors are either unaware of the legislation, haven’t begun preparations, or do not even know what proportion of their workforce the reforms relate to,” he said.

Winfield added that companies should start preparing for the changes now: “Organisations should begin to address key issues associated with the IR35 reforms to avoid potential risks including increased costs and workloads, as well as a loss of key talent. In a skills-short market it’s important that employers take these risks seriously to avoid losing talent to other organisations that are better prepared.”