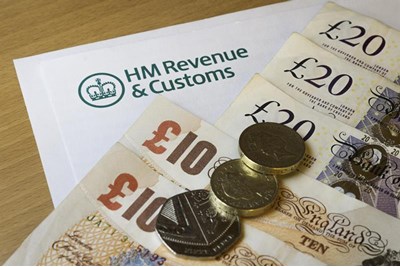 Very informative article. Thanks. As it was forwarded to me by a member of my team grateful if you can add my email address to your mailing list.

Almost 1,500 GSK contractors have received letters from HMRC accusing them of being 'disguised employees' working outside IR35 rules, the Financial Times has reported.

The contractors have been told that they have until 22 September to accept that IR35 rules apply to their GSK contract, calculate their employee payroll tax and National Insurance contributions for the 2018/19 tax year, and make the appropriate payment. If they wish to disagree with HMRC’s assessment they must also do so by 22 September and provide an explanation.

HMRC said it sent the letters because there is evidence that contractors in the pharmaceutical industry are miscategorising their employment status.

However, Seb Maley, chief executive of insurance broker and tax advisory Qdos Contractor, said the letters were “aggressive” and that HMRC was trying to “terrify” contractors. “HMRC is working off the basis that these contractors are guilty until proven innocent," he said.

The IR35 rules are designed to clamp down on tax avoidance by people who are employees in all but name and those employing contractors through limited companies. From April 2020 all private companies with more than 50 employees or a £10.2 million annual turnover will be responsible for assessing their contractors’ employment statuses and for incorrect decisions.

IR35 was introduced for public sector organisations in April 2017 but has been heavily criticised since.

Helen Jamieson, founder and MD of Jaluch, said the GSK instance shows that HR will have to be involved in assessing tax statuses. “Unfortunately this is where tax law hits the HR department right between the eyes. Usually HR is one step removed from all things tax, but not in this case. Draft legislation to change IR35 rules was put forward in July 2019 with the intention of it being implemented in April 2020,” she said.

“Now is the time to understand and act. The UK has around 150,000 people working as contractors and likely to be affected by this change. HMRC estimates that up to 90% of these will experience reduced earnings as a result of the changes.”

Jamieson added that all organisations should be prepared for similar instances and shouldn’t wait for HMRC to get involved before taking action.

“Are your contractors about to be targeted too? Perhaps you will need to be proactive in giving them information just in case a few too many get scared by perceived HMRC threats and walk away from their contracting arrangements early,” she said.

“You need to be aware that as a result of their tax status changing they may consider themselves to be in all but name an employee, so may begin to push for full employment rights. Are you ready for this? Waiting any longer to audit, assess and assign your contractors appropriately may lead to challenges with HMRC, damaged relationships and a broken business continuity.”

Alasdair Hutchison, policy development manager at The Association of Independent Professionals and the Self-Employed, added that he expects uncertainty around the new rules to continue over the coming months.

"These letters are yet another example of the chaos caused by IR35. And this confusion is only set to get worse when the changes to IR35 are extended to the private sector next April. HMRC has lost six out of the last seven IR35 cases, and when it cannot interpret its own legislation how can it possibly expect businesses across the UK to? This uncertainty adds a huge burden both to micro-businesses themselves and the companies that rely on them to drive innovation,” he said.

“The government urgently needs to pause and rethink this damaging legislation before it’s too late. The self-employed are one of the most productive and dynamic sectors of the UK economy. Instead of stifling freelancers with clumsy legislation the government must develop a modern tax system that works for them – not a telegraph-era system in a digital age.”

Very informative article. Thanks. As it was forwarded to me by a member of my team grateful if you can add my email address to your mailing list.

Having read this I believed it was rather informative. I appreciate you taking the time and energy to put this informative article together. I once again find myself personally spending way too much time both reading and commenting. But so what, it was still worthwhile!discount nba jerseys Chinahttp://waverlyofmid09.mee.nu/?entry=3062718http://chayagxdpsaf72.mee.nu/?entry=3062747