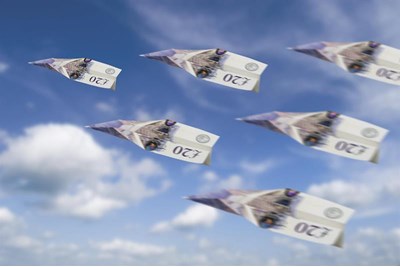 Amendments to the Job Support Scheme (JSS) aim to support businesses in need of more financial aid but HR professionals aren’t so sure it will go far enough.

On 22 October chancellor Rishi Sunak announced changes to the JSS that will aim to provide more help for businesses across the UK, although Scotland, England and Wales are using different grading systems to decide areas at risk.

The chancellor told the commons that even businesses not forced to shut due to restrictions are facing "profound economic uncertainty.”

Under the revised scheme, from 1 November employers will pay less towards their staff’s wages and employees can work fewer hours while still qualifying for the scheme.

Employers will have to pay a minimum requirement of 20% of usual hours worked, and 5% of hours not worked.

When first announced on 29 September, the minimum requirement for paying 55% of wages was for employees to work a third of their hours.

More on the JSS:

Martin Tiplady, CEO of Chameleon People Solutions, said that the new measures were welcome: “especially as there was no clear logic for the ending or scaling down of the initial schemes.”

However, he also said that he thinks the JSS is still delaying the inevitable, and more redundancies are on the horizon.

Tiplady told HR magazine: “HR functions will need to plot their way through this next term with skill, care and sensitivity.

“Some have handled matters really well thus far but there are a fair few who haven't and have behaved badly. But the amended scheme is welcome and is a whole deal better than what might have been and cushions matters much better for a while longer.”

As the tier system varies depending on where businesses are located Jonathan Richards, CEO and founder of HR software platform Breathe, also pointed out that HR teams “will need to stay nimble” in order to adapt well for their people.

Speaking to HR magazine, Richards said: “Those working with businesses across tier two and three areas need to familiarise themselves with the specific guidance in order to advise staff on the level of support they will receive from the government.

“Importantly, as employees go through this difficult period, HR teams need to prioritise culture, putting measures in place to support them as the coronavirus situation changes.”

He said: “It is concerning that the Job Support Scheme may disproportionately benefit older and skilled workers. The unskilled are easier to replace and so the continuing cost may mean their services are dispensed with.

“Older workers may have more years of service and so redundancy costs may mean they are retained compared to a new joiner. Some additional funding for the under 25s in covering their employer’s national insurance would have been welcomed.”