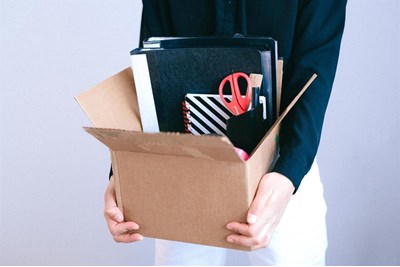 The UK’s Job Support Scheme (JSS) and Job Retention Bonus (JRB) will save an estimated 230,000 jobs out of a possible two million according to think tank IPPR.

In its report, The narrow corridor, IPPR argued that the schemes are currently only designed to benefit workers on monthly wages between £625 and £987 – a range it deems the ‘goldilocks wage corridor’.

Outside of this range, it argued that it would be uneconomical for those firms experiencing a shortage in demand to bring workers back on a part-time basis.

Jobs in manufacturing, construction and hospitality sectors were also found to have a slimmer chance of being saved, with the report estimating that less than one in 20 workers would benefit from the schemes.

Not only could this spell more redundancies for HR teams to work with, but it may mean those dealing with these schemes will have to think creatively in order to keep valuable talent.

As an alternative to the current JRB, IPPR has proposed that the JRB should be made proportional to wages for hours worked part-time up to a ceiling of £2,500.

Instead of a one off flat payment of £1,000 it suggested the bonus is paid in monthly instalments to help support the wages of workers brought back by their employers, and run in-line with the JSS until April next year.

By doing so, the report authors said that the government would be able to save more jobs, critically those outside the current ‘goldilocks wage corridor’.

They estimated that the scheme would cost less than the money set aside for the JRB as it is currently designed.

On Friday, the chancellor announced an expansion to the JSS that will see government covering 67% of employee wages in businesses forced to close due to low demand in lockdown.

Businesses temporarily closed will also be eligible for grants of up to £3,000 in support.

Yet speaking in criticism of this expansion last week Clare McNeil, IPPR associate director, said that while it is right that government recognise these businesses “a far larger number of people are being abandoned by the government due to the flawed design of the Job Support Scheme.”

She said: “What we need is a part-time work subsidy that avoids mass redundancies while allowing more employees to keep their jobs on fewer hours.”

Similarly Caroline Harwood, employment tax partner at accountancy firm Crowe said that while the JSS extension is a welcome recognition for businesses in local lockdown areas, there is still concern for companies where trade remains slow without a lockdown.

She commented: “These [firms] will have to rely on the JSS in its original form, where possible using the income from more viable parts of their businesses to underwrite the costs of keeping on staff on short hours: for some this will not be enough.”

Nathan Donaldson, employment solicitor at Keystone Law, also expressed concern that for hospitality in particular, the JSS may not be enough.

He said: “It is a shame that the latest proposals do not match the benefits of the original Furlough Scheme and for many in the hospitality sector, the latest support has been announced so late that it has frustrated their ability to reasonably prepare business plans and adjust its workforce accordingly.”

The Trades Union Congress (TUC) has called on ministers to do more to protect struggling industries. In a statement TUC general secretary Frances O’Grady called for “a more generous short-time working scheme” as well as extra support for self-employed people working in areas of lockdown.

She added: “Nationally, industries like the arts, hospitality, retail and aviation face a long, tough winter. These sectors need targeted help. And we need proper investment to create good new jobs in the green tech of the future.”