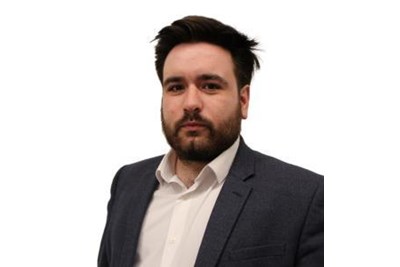 ​Last week the chancellor announced his winter economic plans, with chilling consequences for millions of workers.

In the face of growing pressure, the government finally relented and introduced a job support scheme to replace the existing furlough scheme.

Unfortunately, the reformed scheme has several flaws which ultimately undermine the scheme's capacity to protect jobs.

As the second wave of the COVID-19 pandemic crashes into the economy, the shortcomings of the scheme will likely mean one million workers will face Christmas unemployed.


When the initial Job Retention Scheme was introduced in April, it offered a lifeline to millions. Many industries were told to cease trading and economic activity suffered a sharp, but necessary decline to prevent the spread of coronavirus.

Over nine million people have been supported by the furlough scheme since its inception. At a time of grave uncertainty, it offered security and protected incomes.

As economic activity has slowly returned, many workers have moved off the scheme and back into work. However, there remain large sectors where demand is a long way off returning to normal, such as hospitality, food services and entertainment, but sectors such as construction and manufacturing and other services are also still reeling from the consequences of the crisis.

In normal times, these are valuable sectors that are responsible for countless jobs, but many firms cannot operate at full capacity while current public health guidelines are in place.

With social distancing set to continue, driven by public health regulations, demand for these sectors will remain subdued and firms will be unable to retain their staff

Unfortunately, while the initial furlough scheme offered workers in these sectors a strong safety net, the new Job Support Scheme will cut holes in the netting.

The changes will require workers to perform at least a third of their contracted hours. The government and firm will then each cover a third of the wage for the hours not worked, while the worker will forgo the final third.

It is immediately clear that not only is the support scheme less generous, but the cost burden has been shifted heavily towards the firm and away from the government. Under the furlough scheme, the government would cover up to 60% of hours not worked. This has now fallen to just 33%.

Read more: Now is the time to check your furlough claims

Meanwhile, if a firm which has suffered a shock to their revenue wants to participate in the scheme, they will have to front 55% of the wage bill, even if their staff are only working a third of the time.

For firms who may have hoped to share work among staff, the additional costs of this scheme will make it more expensive to split one job between two staff members. The end result will be a preventable rise in layoffs.

Read more: Billions added to the National Skills Fund to help people back into work post-COVID.

The government should make significant design changes on its current plans and instead focus on promoting job sharing, while we overcome the second wave.

A recent report from the Institute for Public Policy Research (IPPR) outlines an alternative, where firms continue to receive 60% of the hours not worked to support employee wages, but an additional 10% subsidy for hours worked, to incentivise a return to economic activity.

This could be done as part of a modification of the hugely inefficient Job Retention Bonus. IPPR estimates that this could both be cheaper and could save up to two million viable jobs.

Businesses and their workers should be at the heart of the recovery from COVID-19. The chancellor recognised this with his Eat Out to Help Out scheme, designed to encourage people to get back out and spend locally. He cannot now bury his head in the sand while unemployment rockets.

The economy cannot grow out of this crisis when millions of workers are still so uncertain whether they will have a job at the end of the week. There may be a long way to go, but if we protect jobs today, we will have a stronger recovery tomorrow.