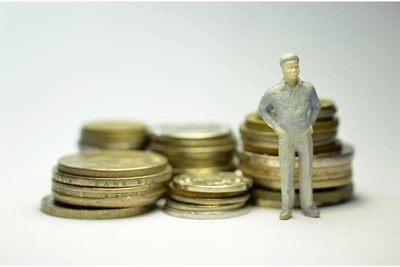 ​The UK’s Job Support Scheme has created new measures to help secure the jobs of workers hardest hit by the coronavirus pandemic.

Designed specifically to target businesses facing lower demand during the winter, the scheme will subsidise employers for keeping employees working at least 33% of their usual hours.

Topping up the hours not worked, the government will pay for one third of these hours up to a cap of £697.92 per month.

With the employer also contributing a third this will ensure that employees working reduced hours will earn a minimum of 77% of their normal wages.

Overall the move has been well received by lobbyists and employers as it provides welcome relief for those concerned about business once the Coronavirus Job Retention Scheme (CJRS) ends on 31 October.

Peter Cheese, CEO of the CIPD, welcomed the Treasury’s scheme.

He said: “This type of short-time working wage subsidy has a proven track record of supporting employment in other countries and CIPD has been highlighting the need for this type of support for employers following the end of the furlough scheme.”

James Berry, director of the UCL MBA, added: “This new scheme should be a welcome change as it allows for a greater number of people to re-engage in the work environment at a cheaper rate for the employer while providing support for workers and more broadly, keeping the UK’s employment skill base fresh and active.”

Nicky Costa, senior interim HRD and board member of the London HR Connection described the measures as a life for businesses, particularly those in the leisure, hospitality, retail and entertainment sectors which will now be able to “keep the lights on.”

However, others are not so certain that the scheme will provide enough protection to those sectors most in need.

He argued that immediate support would be needed for hospitality to avoid business closures.

“With the ‘summer of staycations’ drawing to a close and Christmas gatherings under threat, we need more creative policy to hold onto hospitality’s workforce,” he said.

Further concerns have also been raised around the wording of the scheme, and what terms would constitute the “viable jobs” it applies to.

Speaking to HR magazine Ranjit Dhindsa, head of employment at Fieldfisher, added: “Supporting the 'viable jobs' rhetoric is going to cause problems. We're likely to end up in–a debate about what's viable. Is it viable for someone to work a third of their hours for six months?

“People working in reduced hours for a prolonged time can actually create more administrative burden, and much like with the furlough scheme, errors are likely to be made again.“

Reflecting on the way HMRC has cracked down on furlough claims made in error, Dhindsa also said he was concerned that the government may do the same for the Job Support Scheme in the future.

He added: “I am concerned that like the furlough scheme the government will throw money at a crisis now and encourage uptake of the scheme and then HMRC will crackdown again asking for proof that turnover has fallen and the cause is solely the pandemic.”

The scheme will start on 1 November and will require employees to stay working on at least 33% of their usual hours until the end of January. At this point the government will review the minimum hours threshold and consider an increase for the further three months of the scheme.

Further information on the Job Support Scheme can be found here.
Comments