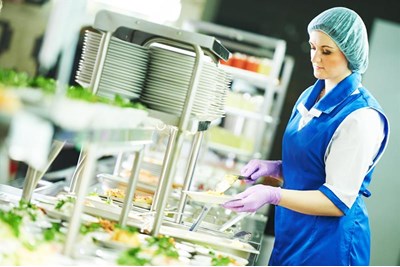 Greater Manchester mayor Andy Burnham has hit out at the government's proposed support package for the region and expressed concerns for workers in low-income jobs as the furlough scheme winds down and lockdown restrictions are ramped up.

With the introduction of the Job Retention Scheme, which replaces the furlough scheme from November, those whose jobs have been cut due to coronavirus will see their income reduced from 80% to 67% of pre-pandemic levels.

Burnham said: “Most people, myself included, on more middle income jobs, could live on two-thirds of their income, but the lower paid could not.”

Twelve weeks of tier-two lockdown measures have failed to control coronavirus levels in the region.


During a press conference on 20 October, Burnham received a text alert announcing the government will go ahead with measures to support the region with £22 million.

However, according to the BBC this sum is intended to cover specific expenses, such as local enforcement and test and trace.


Funding needed to support local businesses remains under review. Initially Burnham had requested a support package of £75 million, which was reduced to £65 million as a “bare minimum.”

The government countered the request with an offer of £60 million, but Burnham said this was “not enough” to protect livelihoods.

In the joint statement with Sir Richard Leese, leader of Manchester City Council and Greater Manchester health lead, Burnham said: “We had been encouraged by earlier discussions at an official level where the idea of a Hardship Fund, to top up furlough payments and support the self-employed, had been tabled by the government.

“It was both surprising and disappointing when this idea was taken off the table by the Secretary of State.”

Think tank IPPR North, which has bases in both Manchester and Newcastle, has expressed its concern for how the pandemic is widening health challenges that were already prevalent in the region before the outbreak.

IPPR North director Sarah Longlands said: “A decade of austerity had undermined our resilience and slashed our public health budgets.

"Ours is the most regionally unequal of any comparable country, including on health, with places in Manchester, Blackpool and Liverpool recording worse mortality rates pre-pandemic than parts of Turkey, Slovakia and Romania.

“For central government to fail to work effectively with local leaders to invest in the people and economy of places like Greater Manchester is a grave mistake, and its frankly insulting ‘package’ will have unimaginable scarring consequences.

“A decent package of support for locked down areas is not a ‘cost’, it’s a necessary investment, and the returns will be more than worth it.”