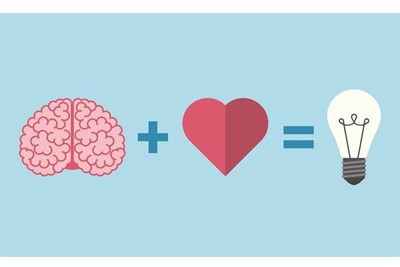 Hiring managers will need to start promoting and recruiting workers for their emotional intelligence, not just technical ability, as we move towards a post-coronavirus culture

This is according to Professor Cary Cooper, who spoke during day two of the CIPD’s Festival of Work on the growing importance of a strong wellbeing structure within organisations.

“The more we have people with EQ [emotional quotient], the more we can identify when people are feeling low and can listen and bring teams together, he said. “The challenge for HR is how to train its existing cohort in this and not just promote people on just technical skills.”

Cooper said organisations in the past had never confronted the issue of poor emotional skills in managers but predicts this is beginning to change.

He said: “The workplace will be different as we will be working substantially more from home so we need more ‘EQed’ line managers. There will be lots of issues we need to face and we will finally get at the productivity issue more than we have before.

“Pre-crisis, wellbeing was beginning to be strategic, and I now suspect this will be a board issue from now on in most companies.”

Wellbeing was a major theme across the entire day of the conference, with many speakers detailing the importance of focusing on employee welfare during the coronavirus crisis and its link to overall health.

Economist Lord Gus O’Donnell said employers need to be wary of the workers most affected by the fallout from coronavirus.

He said: “Young, female and low income groups have been hit very badly by the crisis [in terms of unemployment]. We also need to be very careful when we use the term BAME as different things are happening to different ethnicities.

“A lot of the differences can be explained by income and class. Young groups are suffering because they are much more likely to be in sectors that have closed down. People who are furloughed have an average income of £320 per week. The crisis is exacerbating inequalities.”

O’Donnell was also concerned that despite its benefits, remote working had led to feelings of isolation.

He said: “A lot of people are saying they like the social aspect of work. People will spend more time at home than before, but I think they will still want their social connections.”

Cooper agreed, yet acknowledged the economic pressure businesses will be under and the potential to reduce office space to cut costs.

He said: “We are not entering a recession but a depression. This will mean employers have to save money, and they can do this by reducing office space and travel costs. We will all need a central office environment but still work substantially from home, maybe not exclusively.”

Properly understanding your workforce was also highlighted as a key wellbeing strategy.

Speaking during the panel session, Dame Carol Black, chair of the Centre for Ageing Better, said: “Often companies don’t do enough detailed work. They want to do the right thing but don’t have granular enough data on their workforce. They don’t know in detail how much of their workforce has financial problems etc.

“The more granular the detail...the better. You then use resources to put in targeted interventions.”

All of this, Cooper concluded, contributes to a need for more emotionally intelligent leaders.