Economy needs to level up at “supersonic speed” to protect vulnerable 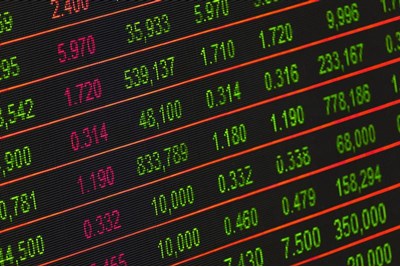 The UK's economy needs to level up at “supersonic speed” to protect the most vulnerable by keeping jobs intact, according to chief executive of Public Health England Duncan Selbie

Speaking in the keynote slot on the first day of the CIPD’s virtual Festival of Work conference, Selbie spoke of the vital role work brings to our health, and the impact furlough and remote working has had on our ourselves and our organisations.

He said: “Connectivity really matters. People are feeling better by the rebalance of remote working, but miss contact with line managers and want to have that contact and ability to connect. For those people that don’t have work, the most important thing to do is to help them get into work, with another great dimension of the last few months having been volunteering.”

Yet with the news that businesses are already making redundancies and the predicted worst recession in hundreds of years, Selbie said it was those most vulnerable who will be hit hardest.

He added: “We know that health and wealth are inseparable, and a good outcome of your health is to have an income, so we know work really matters.”

“The biggest worry is those out of work and in lower incomes and the economic effect of this. We need to get back on our feet and level up, but have got to do it at supersonic speed.

“This will drive good health and close the gap between those that don’t and those that do. The more economically difficult the situation is, the more vulnerable get the poorer deal in that, and that’s hugely on my mind.”

He began his presentation with a recognition of the “great harm and times” people have been facing, yet went onto describe the human spirit he had witnessed over the last few months.

Also speaking during the keynote was professor Andrew J Scott who argued now was the time for leaders to reorganise and restructure businesses to prepare for the long-term future.

Scott used the metaphor of a Formula One car which has to “stop and take a pit stop” to make it to the end of the race.

He told HR leaders that businesses often put off reorganisation due to high operational costs, yet with some idle resources (i.e. furloughed staff members), now could be the perfect time.

He said: “The future winners are those making the right strategic calls and it’s a crucial time to put in play changes for the long run.

“In any crisis, [businesses should] stick to the mission and not the plan. Doing what we normally do may not work, and it’s easy to confuse working hard with being productive.”

Scott said the world is now facing the “worst recession for 300 years” plus a “pandemic that none of us have ever experienced.”

Despite the many challenges we are currently living through, Scott was optimistic that current unrest will drive positive change in our society.

He added: “Each and everyone of us is being given the opportunity to be kind. There is a sense of society and community coming together- even in protest.

“The agenda of the future is to be driven by civil society and we will be judged by actions today for a long time to come. There will be a lot less focus on the market and economy budget, and instead how we judge people’s contribution.”