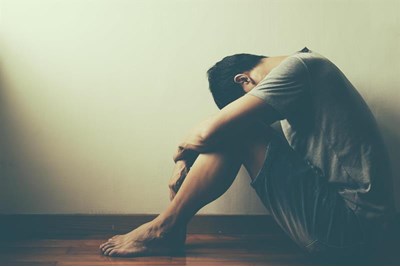 Please note that these are my experiences around working when my mental health is poor. I have personally found that working, and maintaining a good routine (ONLY while working for a supportive ...

Two reports have suggested young people are more likely to work while mentally ill, with some fearing they'll be labelled 'snowflakes'

One in four (24%) employees aged 18 to 39 worked while feeling mentally unwell in 2018, compared to the lower figure of one in five (19%) for the general population, according to research from Canada Life Group Insurance.

The research noted that mental health presenteeism is a persistent problem in UK workplaces, particularly for younger employees, and that workers' perceptions of the validity of taking time off for mental illness have worsened in the last year. The proportion of workers who believe it’s equally easy to take time off for physical or mental illness has fallen from 25% in 2018 to 18% in 2019, it found.

The findings echo similar research by Milkround, which revealed that young people were particularly prone to turning up to work while experiencing mental illness because they are afraid of being labelled a ‘snowflake' for taking time off.

The derogatory term 'snowflake' is often used to imply someone is unnecessarily distressed or outraged, and is often aimed at younger generations. Critics of the term have pointed out that the younger generation is the first in more than a century that can expect to be less prosperous than their parents, owing to factors including the financial crash of 2008 and the high cost of housing.

Concern among employees that colleagues would make assumptions about them and their mental health (57%) was the biggest issue uncovered by Milkround. This was followed by the discomfort felt when talking to employers about mental ill health (37%). Twenty-three per cent of respondents were concerned that a resulting day off would even damage their career.

Seventy-one per cent of Gen Z employees believe that being called a ‘snowflake’ has a negative effect on young people’s mental health, the research found. This rose to 75% concerned about taking a mental health day for fear of being labelled this or similar.

This is becoming such a concern for younger workers that 43% would not take a mental health sick day to avoid being linked to the ‘snowflake’ generation, the research noted.

Harriet Calver, a senior associate in the employment team at law firm Winckworth Sherwood, said that the research shows troublingly slow progress around policies on mental health at work. “It is no wonder that presenteeism is on the rise, when employees who call in sick for mental health reasons are often branded 'snowflakes' by their seniors," she said. "Sadly, despite the prevalence of work-related stress in the workplace, most employers are still not doing anything to discourage the culture of presenteeism and are failing to consider the bigger picture.”

She added that turning up to work while mentally unwell ultimately does more harm than good to a business: “In reality the odd day taken off by an unwell employee to enable them to recover is unlikely to have a noticeable impact on the business, whereas having employees regularly attending the office unwell and underperforming can lead to wider inefficiencies and ultimately may lead to employees suffering more serious mental health issues and long-term absence.”

“Misconceptions and stigma about mental health in the workplace are hard to uproot. Yet employees should not feel concerned or embarrassed for taking time off for a mental illness. Forcing themselves to carry on working without support could make things worse and result in an extended leave of absence, which is detrimental for both staff and employers,” he said.

“To alleviate workers’ fears employers should ensure they have the necessary support structures in place and communicate these effectively. Crucially, mental health must be treated with the same degree of understanding and respect as physical health issues.”

Milkround spoke to 2,000 people of all ages as well as a further 500 working people from Generation Z, generally defined as those born after 1995. Canada Life Group Insurance surveyed 1,001 employees.
Comments

Please note that these are my experiences around working when my mental health is poor. I have personally found that working, and maintaining a good routine (ONLY while working for a supportive employer) are beneficial for me. My employer and I have open conversations around my mental health, which can vary wildly from I'm great, to I'm crippled by my anxiety, and they have plans in place for when I am struggling. These include a lightened workload such as coming off of business-as-usual to work on non contentious issues which are not deadline oriented and are not affected too much by lack of focus (which I suffer from heavily during those periods), reduced hours and flexibility to work from home when I cannot process with people. Whilst everybody knows I am less productive during this time, I have found these actually help as they keep me in a routine which then helps stop me sinking into depressions also, and can keep me from a longer absence.