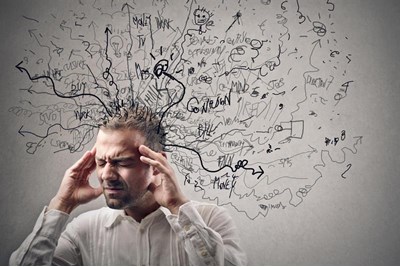 ​Workers are taking an average of four mental health days a year but tell employers they are for physical ailments, according to research

The research from Slater and Gordon found that more than half (55%) of employees who took mental health days claimed to have a physical illness to explain their absence, rather than give the real reason, for fear of being judged, demoted or sacked.


A mental health day is a sick day taken to look after psychological wellbeing. This could include seeing a counsellor or taking time to reduce stress or anxiety before it becomes overwhelming, the research stated.

A fifth (21%) admitted to leaving at least one job in the past five years because of pressure and the negative impact it was having on their mental health. A similar proportion (20%) said they are still in a role causing them burnout, stress and anxiety.

The research also found that 14% of those who are honest with their boss about their mental health are told to 'man up'.

Peter Lyons, principal lawyer at Slater and Gordon, said that the firm regularly speaks to people who feel unable to work because of mounting stress and anxiety. “We speak to a lot of people who are feeling so stressed and anxious with work they are forced into taking mental health days,” he said.


“Many isolate themselves, trying to work harder, which causes their personal lives to suffer and mental health to deteriorate further. The biggest thing we would say is don’t fight stress alone at work."

Louise Aston, wellbeing campaign director at Business in the Community (BITC), said that the research shows employers still need to do much more to support staff dealing with mental health problems.

“The statistics... show that there is a significant amount of work to be done to challenge the stigma of mental health in the workplace. Employers need to create the kind of culture where staff can be transparent about their mental health and they need to lead by example,” she said.

Training and flexible working should be top considerations, she added: “It’s OK not to be OK. We need an inclusive targeted approach to ensure that managers receive quality training, are knowledgeable about key issues in the world of mental health, and are aware of reasonable adjustments that can be made such as flexible working.

“The business case is clear in terms of showing a clear impact on productivity and staff engagement and retention, and we challenge all UK businesses to make good employee mental health a strategic priority.”

The research polled 2,000 people of working age from around the UK.