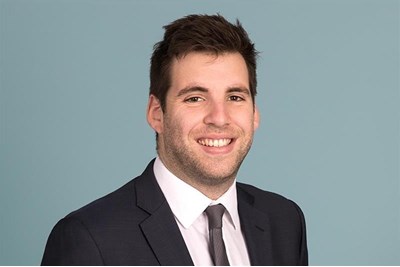 Assuming an employee works Monday to Friday, to qualify for SSP that employee needs to be off for four consecutive work days, with SSP being triggered on the fourth day after three non-paid 'waiting days'. If an employee returns to work and then goes off sick again soon after (as can be the case with mental health) there will be further 'waiting days' before SSP is payable.

Another inflexibility of the current regime is that if any work is done on a certain day it will not count as a day of incapacity for SSP purposes.

Mental health absence can typically be characterised by either intermittent short-term absences or a prolonged period. If the former the current regime is not fit for purpose. This is because an employee could be off for two days in week one, one day in week two, then work a full week before being off for a further three days in week four. During this time the employee wouldn't have received any SSP as all the days would be considered 'waiting days'.

Compare this to an employee who is off for the same amount of time following a broken leg but over consecutive days. That employee will receive SSP for half of their absence (SSP being payable from day four to day six inclusive), highlighting how the current rules disadvantage those with mental health problems.

The current system could be made more flexible by permitting employees to receive SSP on a half-day basis and removing the 'waiting days' when it is an absence for a repeated condition such as a mental health issue. One of the consequences of the current system is that those with mental health problems believe that they cannot afford to take the time off to recover. If 'waiting days' were removed for recurring conditions this concern could be avoided.

While there may be a short-term cost to employers, as payment would be triggered on day one, there would likely be a medium- and long-term gain as employees will be in a better state of mental health, which will then boost productivity and morale. There is also an argument that employers are better off paying for someone to have a half day or full day off sick followed by them returning in a fit state, than them working at half capacity over an extended period.

If sick pay was paid for half days it may also lead to a decrease in the overall amount of sick days. This is because currently an employee knows they have to take a whole day off sick for it to count towards SSP even if a half day will suffice. Under a new system employees in this scenario would not lose anything by only taking a half rather than a full day.

However, as well as the potentially higher short-term financial costs, there are the added logistical and practical difficulties of ensuring that customer demand is met despite having potentially more ad hoc absences. An employer may fail to acknowledge the need for adequate cover if an employee is only off for half a day or it may simply struggle to find cover for this period. This could lead to a shortfall in service or pressure on other employees.

It may also have an adverse consequence of employees taking advantage of the new system by taking periods of leave when they may not need to do so, knowing that the financial loss is less than it was before.