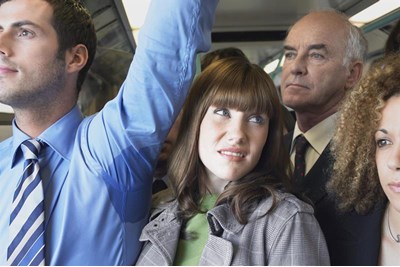 In The Commuter Gap report, Comparethemarket.com has highlighted potential disparities between men and women when it comes to their daily commutes.

The study explored Office for National Statistics data for both men’s and women’s commuting times against their age and pay.

Figures reflected women are more likely than men to accept lower-paid positions in favour of a shorter commute, contributing to the overall gender pay gap.

It found that men’s and women’s earnings and commute lengths peak at different ages, with women earning substantially less when their commuting time is longest than when men’s is at its longest.

Reducing hours, getting a job closer to home or stopping work altogether to start a family may also have an impact. Researchers found that women were reducing their commutes from age 31 onwards. This correlates with data showing that in 2018 the 30 to 34 age group was the largest of those giving birth (32% of all births).

“As the main providers of childcare and unpaid work women tend to favour the flexibility offered by a shorter commute,” stated The Commuter Gap report.

“On the other hand men are more likely to tolerate a longer journey to work in return for higher pay. This combination contributes to men doing the majority of high-paid jobs, which in turn contributes to the overall gender pay gap.”