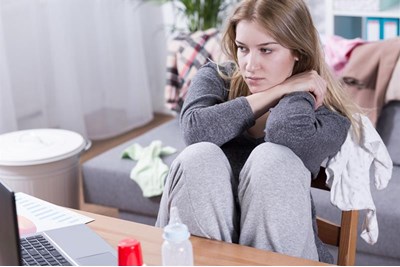 ​Single parents have a higher unemployment rate than any other UK talent pool, according to Indeed

The jobs site found that one in 10 (10.6%) single parents are currently unemployed, more than twice the unemployment rate for Britons as a whole (4%).

There are 2.8 million single parents in the UK, and 180,000 single parents currently out of work and looking for a job, according to the Office for National Statistics (ONS). A further 315,000 are out of the job market while looking after their families but could potentially return to work in the future.

Indeed also identified other talent pools that employers might consider attracting, including people with disabilities (8.4% unemployed) and those from minority backgrounds (6.3%). Encouragingly the untapped potential of both of these groups is increasingly being recognised, as the share of new hires for each has climbed significantly since 2013, Indeed figures show.

People with disabilities constituted 15.9% of all new hires in the second quarter of 2018, with total new hires up by a fifth compared to five years ago. Hiring of ethnic minorities has also climbed over the same period with this group now accounting for 13.2% of new hires.

Separate research from Indeed found that jobseeker interest in flexible or remote-working jobs and in working from home has increased by 71% since 2015. While single parents are by no means the only group who would favour these types of work, it highlights a growing trend employers should be alert to, the organisation said.

Pawel Adrjan, UK economist at Indeed, highlighted the challenges facing single parents when trying to enter the job market. “Single parents face clear challenges associated with inflexible work schedules, commuting distances and availability of childcare. We can also see from the data that they tend to be younger than the overall pool of jobseekers. These barriers and, in some cases, a lack of experience means that navigating the job market and finding a match with the right employer can be difficult," he said.

He added that potential skills shortages mean that employers must look to different pools of talent: “The tightness of the labour market has led employers to think broadly about whom they can recruit... It is true that integrating and accommodating these groups of employees can require additional investment in training or changing the way the business is organised. But these underutilised demographics should be a strong recruiting ground for employers who are struggling to hire.”