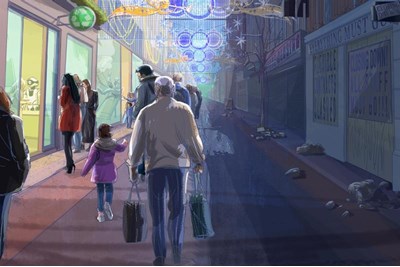 In a controversial move, the UK government is set to launch a new campaign to encourage workers to return to offices in response to economic concerns of the high street.

Speaking to The Telegraph a government source said that workers should be alert to any return to work decisions employers make in the coming weeks, and warned that if they make the decision to work from home the majority of the time it “could prove problematic” for them in the future.

They added: “People need to understand that working from home isn’t the benign option it seems.”

Yet many HR leaders have have criticised the forthcoming campaign, deeming it a backwards move for the flexible working developments which have been made over the past several months.

Gemma Dale, former UK HR director at Tunstall Healthcare and co-founder of The Work Consultancy, wrote on Twitter: “So we need to get back to offices according to the government. Putting aside the risk of the virus and minor practical issues about childcare - the simple question arises. Why?”

HR and OD practitioner Ed Griffin also wrote: “I don't think there is a clear rationale. Productivity keeps on being highlighted but I don't think that's about working from home. I think it's all the other things that came with a pandemic.”

Writing for The Daily Mail Carolyn Fairbairn, director general of the Confederation of British Industry (CBI), said that without a strong return to the workplace employers risk creating ‘ghost towns’ of the busy city centres that rely on footfall to survive.

Kevin Ellis, senior partner and chairman of big-four professional services firm PwC, also expressed his concern surrounding the switch to remote working. Speaking on Radio 4’s The World At One, he said: “Just because you can work from home it doesn’t necessarily mean you should because of the wider economic impact.”

The hardest hit sectors such as retail, travel and hospitality have already seen a number of companies go into administration since the pandemic started, and others are grappling with redundancies in order to save their businesses.

In an interview with HR magazine Peter Brown, partner and global people and organisation leader at PwC, argued that there is an important relationship between offices and the high street.

He said: “Today we've got offices all around the UK and all around the world, and there are local businesses that kind of rely on us being there, so we do have responsibility to support them.”

PwC offices currently operate on the basis that workers can return if they choose to, a decision made by asking employees their views.

“We listen to our people and what they tell us. [We talk] all the time [about] the importance of employee experience – treating your employees like you treat customers. So, they expect it. We act accordingly and in the context of it being safe – and they’re telling us they want to be back in the office,” he added.

IT service management company CANCOM has managed to maintain safety-compliant and operational offices since May this year.

It has used technology to monitor office capacity, which the firm’s MD Martin Hess recommends other companies consider.

He told HR magazine: “The continued closure of offices is a mistake. A mistake for employees, for their companies and the wider economic community. Encouraging employees to return to the office will help the UK get back on its feet and back to a degree of normality.

“A lot of organisations are currently adopting the stance of returning to offices later this year or for essential business and personal safety reasons only. I don’t think this is good enough.

“[…] There are many benefits of returning to the office that a home environment cannot replicate, such as allowing for more idea sharing and innovation, and remedying mental health issues that some people have suffered while working from home in relative isolation.

The government’s campaign to encourage more workers to return to the office is expected to rollout in the coming weeks and includes a dedicated site to help avoid overcrowding of public transport.