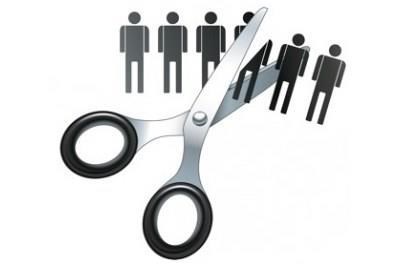 The UK government has brought in a new law to ensure employees under the Coronavirus Job Retention Scheme (CJRS) are given statutory redundancy pay based on their normal wage.

Still employers must continue to tread carefully if they are to give employees the reassurance they need.

Instead of calculating the average weekly pay employees receive when on furlough, which could be 80% of their normal wage, the new law clarifies that this calculation must be made based on an employees’ full pay – and will apply to workers on an annual salary of up to £28,000.

Referencing chancellor Rishi Sunak’s speech in which he vowed to do “whatever it takes” to help the nation through this crisis Jon Heuvel, employment partner at law firm Shakespeare Martineau, told HR magazine: “It is another little bit which helps those that are on the low end of pay to get a little bit more money.”

Yet, he added, there are some potential pitfalls in the new legislation.

Heuvel said: “There is a slight risk that if you're talking about a business with a large number of low paid staff it could have the unforeseen consequence of forcing the business to look at even higher redundancies, because they've got to cut costs ongoing to cover the increased costs of the redundancies.

“If the calculation is, we’ve got enough money to get rid of eight people and keep the rest on - but actually the cost is now higher, they may have to get rid of nine people in order to cope. Because they're going to have to pay out more and therefore, there's not as much to cover ongoing salaries.”

Nikola Southern employment partner at Kingsley Napley, echoed Heuvel’s concern and added: “The financial ramifications of the regulations may result in employers, who are already facing increasing employment costs from August for those on furlough, making redundancies earlier than had previously been intended.”

An apparent lack of retrospection in the law, Southern said, could also mean that employees made redundant prior to its enforcement, and receiving a reduced rate of redundancy pay, could be left feeling short changed.

Though generally the new law has been welcomed, in a public statement Frances O’Grady, general secretary of the Trades Union Congress (TUC), said that ministers should also be focusing on preventative measures to stop job losses in the first place.

She said, “Prevention is better than the cure,” and recommended the furlough scheme be extended beyond October for hard-hit industries.

As redundancies are still undoubtedly inevitable for many businesses Laura Welsh, head of HR, UK & Ireland, at HR consultancy LHH urged employers to keep employees at the centre of any plans they are making to navigate the financial risk of the pandemic and a forthcoming recession.

Speaking to HR magazine Welsh commented: “This is a welcome update from the government as it offers clarity on statutory redundancy pay where perhaps there was a grey area, and reinforces the rights of workers finding themselves in this position.”

Yet, she added: “If businesses have to make redundancies then how they treat and support departing employees should be front of mind.

“Not handling redundancies appropriately can not only lead to damaging brand reputation, but can also impact the morale and productivity of the rest of the workforce.”

In addition to redundancy pay, Welsh said that businesses should be considering other support they can provide to employees who will be facing a turbulent job market. Outplacement, CV support, career coaching, re-skilling and redeploying are all options to consider.

She said: “We’re living in times of unprecedented uncertainty, so those organisations that offer this level of support will position themselves as a forward-thinking business both internally and externally.”