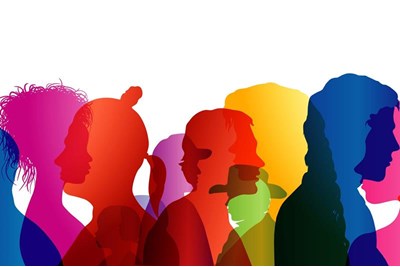 While some great progress has been made in D&I, HR must ensure further efforts are intersectional and don’t risk putting staff in a box

If you work in HR, and especially if you have ‘diversity’ in your job title, you will know that ‘intersectionality’ is the latest buzzword.

If you haven’t heard of it yet you’d be forgiven for thinking it sounds very complicated, or like a new-fangled made-up trend. But actually it’s been around for 30 years and was first coined by law professor Kimberlé Crenshaw in her work on black feminism.

Crenshaw argued that the experience of a black woman can’t be understood if her race and gender are viewed in isolation from one another. Instead characteristics like race, class, gender and sexuality interact in unique ways when it comes to discrimination and disadvantage in society.

Back in Crenshaw’s day this was a relatively obscure concept. And it has largely remained so until today. So why is it coming to the fore now?

The answer is that the concept is proving a useful bridge between the first wave of D&I efforts, focused on identifying difference, and the second wave focused on making sure these differences are genuinely included in the workplace.

In the first wave organisations typically worked on setting up commitments, shortlists and networks focused on one element of diversity, such as LGBTQ+ or gender. Now there’s growing recognition that this can actually be divisive and inhibit inclusion because it puts someone in a single ‘box’ rather than celebrating the whole person as a unique individual.

“There is a tension between diversity and inclusion, which are effectively at opposite ends of a spectrum,” says Sarah Churchman, PwC’s chief inclusion, community and wellbeing officer. “Diversity focuses on the differences that divide people, inclusion focuses on behaviours and cultures that allow diversity to flourish. But no one person is absolutely defined by one aspect of their identity, such as gender or ethnicity, and the concept of intersectionality acknowledges this.”

Mira Magecha, interim chief people officer at Just Eat, agrees: “With diversity focusing on people with certain characteristics and inclusion looking at how everyone can bring their whole selves to work, intersectionality fills the gap between the two. It seeks to look at the wants and needs of diverse groups as well as the whole business and aims to find common trends between them. It may be the buzzword of 2019 but it’s an important term that fills a void.”

The risk of focusing on one characteristic is you’ll treat people who possess this as one homogenous entity, explains Lauren Nichols Romansky, managing vice president at Gartner. “Like when people turn to the women’s network and ask ‘what do women think about this?’ as if there is one perspective,” she says. “That ship has sailed. Yet this is still happening in some organisations.”

According to Stephen Frost, former head of D&I at the London Organising Committee of the Olympic Games and Paralympic Games and co-author of Building an Inclusive Organization, problems arise when single elements (such as gender or race) reduce diversity to a series of competing interests. That’s when you get a “white male backlash” or “Asian on black racism” or “lesbian critics of trans rights”, he explains. “We need, and can get, value from all these people if we lead the overall group inclusively, rather than implement a divide and rule approach.”

Rather than segregating networks, these different groups should be collaborating, Frost says: “Networks can add even more value when they are included and supported by the majority, whether through funding, allies or simply support.”

It’s something PwC is focusing on through its networks co-hosting events. In one recent example its LGBT+ network SHINE partnered with its disability network DAWN to focus on mental health.

Networks could also introduce dedicated roles responsible for intersectionality, says Romansky. She points to one organisation that created a role within its women’s network that liaises with members to identify ‘moments of overlap’, ensuring that different stories and experiences within the group are acknowledged and discussed.

Data is also essential to taking an intersectional approach. As director of the Gender, Leadership and Inclusion Centre at Cranfield School of Management Doyin Atewologun says, if you look at ethnic and gender pay gaps you see there is a “race hierarchy” and also that “not all BAME is the same”. This data can be used to identify patterns of intersectionality and explain different outcomes, she notes.

Frost worked on one project that set out to explore the obstacles black women faced in a professional services firm. From the data he was able to see that black professionals were generally underpromoted. “A data capture approach that ignored intersectionality would have masked the problem because women or ‘D grades’ [lower-grade partners]would have been lumped into one category,” he says.

His advice when it comes to data and intersectionality is: “Measure it. As long as your sample size is big enough to provide anonymity, include it in your data capture. Don’t just refer to women or BAME – talk about multiple identities and allow people to self-identify.”

Beyond networks and digging into the data, HR should also be personalising the employee experience as much as possible, feels Nadya Powell, co-founder of culture change business Utopia. Imagine a candidate with multiple ‘intersections’ that are typically discriminated against, such as an autistic introvert called Mohammed, she advises. In many interview processes he would be set up to fail: “HR needs to make sure its processes eradicate the ability to pigeonhole people and instead encourage people to be treated as individuals.”

In recruitment this can be achieved through name-blind CVs and asking candidates what environment suits them best for interviews.

Other HR processes, such as annual leave, must also be considered. For example Spotify lets employees take religious holidays that are important to them rather than enforcing a blanket approach. “Spotify is therefore breaking down set processes predicated on being a white neurotypical male and instead creating intersectional systems that flex,” says Powell.

And so it seems the boxes are starting to open...