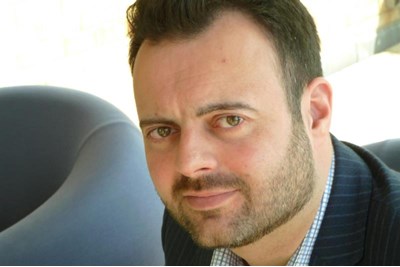 Cast your mind back just a few months and it seems like we lived in a different world. In that world, organisations were busy having Christmas parties and there would be a good chance that somebody would be making a joke about HR being there to spoil it.

If someone said something inappropriate at that party it would have become a ‘HR issue'. A profession dedicated to making sure that people follow the rules and policing behaviour – or so the lazy and outdated stereotypes would seem to suggest.

There’s no doubt that HR has had an image problem over the years. In some organisations you can still see the last vestiges of an approach that, at times, would have warranted that reputation. But it has been changing steadily and we now have the opportunity to shift the way HR is perceived in a very fundamental and permanent way.

For many businesses, their experience of HR and people-focused teams is a very positive one and will have been for some time. The late Jack Welch described HR done well as ‘an organisation’s killer app,’ based on his insight that HR was the most important department and that anyone who thought it was finance had it completely wrong.

The current crisis is different in size and scale to anything most of us will have known and has made organisations get back to basics and focus on what is important. For many, it is forcing them to confront the challenge of the infinite game: how do we survive to face another day?

And the answer for many of them is that they need to focus far more on their people. How do they support people, motivate them, treat them fairly and get them to understand the context their organisation is working in?

There is nothing more critical than people in organisations; yet for all of the bluster about people being the most important asset, they are often treated as disposable and replaceable.

We are seeing now how important a committed and skilled HR team is and how important trust is within organisations. At a time when organisations need expertise in wellbeing, organisational design, furloughing and culture change over the coming months and years, calling on great HR professionals could indeed be an organisation’s ‘killer app.’

Concepts like engagement and branding can seem more like buzzwords at times, but the current crisis shows how the basics of trust and fair treatment matter to both people and organisations. It’s a two-way street and HR teams can be the experts on helping the traffic flow effectively.

From helping organisations to make mature and calm decisions around their people through to rethinking the relationship the organisation has with them, it is a time for an evidence-based, outcomes-driven and principles-led approach.

The decisions HR professionals make have never carried more weight or made more of a difference. The delivery of work has never been against a more challenging background.

This is the worst of all possible times, but the best of times to excel at what we do and make a difference to people in a very real way: enabling organisations, not controlling or policing them; treating people with dignity, not transacting them; bringing expertise and care to the table at a time when people most need it.

This is a profession to be proud of and one that is very much part of the future.

David D’Souza is membership director at the CIPD.

What do people mean when they call HR soft and fluffy?