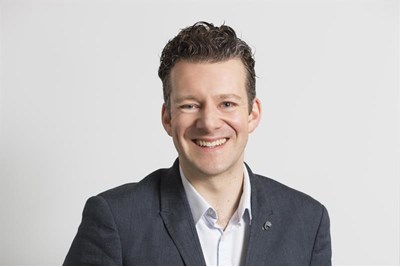 It is not about what you are called but what you contribute. Anyone in any function who is unable to explain their contribution to the business needs to be thinking about changing what they do. In ...

Recently while picking my children up from school I was asked: “What do you do?”. Under pressure I responded: “I sell cars”.

While companies such as mine have spent years building a better image of motor dealerships it remains one of the most untrusted industries. And yet in that moment I decided being a car dealer was better than admitting to being a “human resources professional”.

Prince Philip once told me that “pencils are resources and people are not” and therefore our profession should “go get a better title”. Perhaps this exchange was in my mind? Or perhaps it’s the way people look at you after you say ‘HR’; expecting that you will launch a disciplinary process and remove them from whichever spot they are standing in.

Even those who stayed awake through the full title would have mainly heard ‘personnel’. Any credibility to be had from the ‘chartered’ element is immediately undermined by thoughts of an admin-processing role from the late 1970s, dishing out salaries in brown envelopes.

I do believe we as a profession have a problem with our name. And names are incredibly important. Dale Carnegie was talking up the importance of a name in the 1930s, and I have no doubt that a collective sense of identity comes from a great workplace name.

In my first job as an electrical salesperson everybody in the branch was called Del. While this probably had links to the tactics employed by a certain Derek Trotter, by the time I arrived it was simply an internal brand done brilliantly. Even company directors knew that everyone in Hanley was called Del. They had no idea why but saw we had a great identity, brilliant values and were smashing our targets.

The guys I play football with have a similar system. Every player is called Dave. This makes new introductions to the team incredibly simple – “he’s Dave, he’s Dave, and he’s Dave”. People immediately feel included because instead of the pressure of learning names they simply shout ‘Dave’ and get a response. While it isn’t practical that everyone is given the same first name, we do need to collectively decide what we should be called.

Corporate functions should stick to what they do well, not interfere in the specialisms of others. This means we must talk to the marketeers.

This linkage rarely works well in organisations with policy-obsessed personnel types completely baffled by the creativity in marketing. Yet when these functions collaborate the impacts can be breathtaking.

At a retailer that I was involved with for many years, marketing and HR jointly worked on a programme to increase trust in the brand. With HR bringing a CSR story to the table and marketing telling that story better than we ever could, we created a programme that generated millions of pounds for charity and boosted brand consideration beyond any traditional advertising programme.

By working more closely with marketing we could improve our organisations immeasurably and they could help us with rebranding our profession. This could propel us forward in the 21st century and unlock the potential we have long had tucked away.

However, as rebranding exercises generally take a huge amount of money and time, I think we need to take decisive action now. I have therefore decided to rebrand my department as ‘Dave’. This works for the TV channel, it works for guys I play football with, and when I get asked what I do for a living I can comfortably say “I work for Dave”.

What a brilliant piece! I couldn't agree more with the HR/marketing strategy. we actually use 'Head of People and Learning' which is marginally better. Having said that, my original profession was Psychiatric Nurse and telling people that at dinner parties was even worse than HR...

Couldn't agree more. Its often hard to explain what HR do and I end up talking war and peace around people management. Usually people don't glaze over or fall asleep on me. S

It is not about what you are called but what you contribute. Anyone in any function who is unable to explain their contribution to the business needs to be thinking about changing what they do. In 35 years in Personnel and HR and in consultancy I never found it a problem.

Great article Andrew , well said , and I fully agree with your sentiments ....what is HR ...some people say it's Human Resurces , which slightly annoys me , in my opinion , I agree it should be Human Relations ....people are our best and biggest asset in the business , they are not a resource , but a RELATION to all aspects of the total business , without them we have nothing ....treat the well and we have a business .. Thanks Andrew for highlighting a very simple but important topic ...well done ..VFG ..

What a great piece. As a one time Marketeer and latterly a HR Interim I agree there is both an image and a delivery problem. In my humble opinion HR pays lip service to the Ulrich model, as most of the "Business Partners" I have worked with have little knowledge of the shop floor business, and still wear their compliance/legal hats sitting in offices waiting for something to react to. HR should move in with Legal, whilst a team of Daves and Davinas operate in the space between management and workers to get the entire workforce to operate at their best.

Having worked in "HR" 34 years this year. I would say HR professionals are all things to all people, we are counsellors, disciplinarians, meditators, bottle washers, psuedo parents to the younger generations, we are agony aunts, strategists, job profile composers, finance managers, we manage employee`s lives outside work, make sure departments don`t overspend, we police upwards downwards and sideways, we are legal advisors, we manage departmental and team relationships, we provide due diligence, we compile contigiencies and emergency planning, we are risk coordinators and health and safety experts, we compile organistational plans and implement performance management, talent managment, payroll systems and HR information systems. And the list goes on. So I doubt whether Dave or similar name would cover what we do.

Nice article Dave!!! You had a very Dave approach for the HR perspective!!! It is true that all HR professionals sometimes we wonder what we do finally in the Organization? So i liked your approach because we are equally important Dave with the other Daves in the organization. Have a nice Dave.