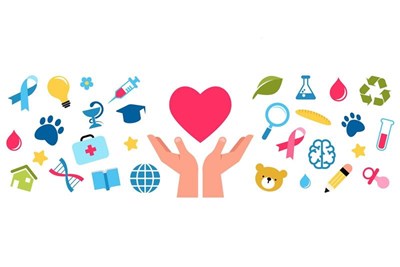 Charities come in many different sizes with the majority being small/medium did the research cover these? The majority of charities I work with are small and the have a massive impact in their ...

One in four (37%) people have been put off working for the charity sector by recent sexual harassment scandals, according to research from Kin&Co

The research also found that only 35% of people think they could make a positive impact on the world working for a charity, compared to 53% of people saying this about working for a business.

Last month MPs published a report concluding that the aid sector is guilty of a 'collective failure of leadership' when it comes to sexual harassment. The Kin&Co study indicates that a lack of investment in culture and clarity of purpose is part of the issue.

Only 14% of the 100 charities surveyed had a clearly-articulated purpose. Only 55% have values clearly displayed on their website, and when they do 63% of those are the same as another charity. Integrity, respect and accountability were the top three values listed.

The research found that while 60% of people want to find meaning in their work, only 29% say the culture within charities appeals to them. Nearly half (45%) said they have heard negative reviews about working cultures within charities.

Nearly one in five workers (18%) have left or considered leaving a job at a charity because they felt they were not making enough of a difference.

Becci Gould, senior account director at Kin&Co, said the results of the research are worrying.

“In an age of glass-box cultures where consumers, supporters and talent alike are heading to the likes of Glassdoor before deciding where to support an organisation, the lack of investment in culture in the charity sector is concerning. Once the leader of meaningful work, the sector’s got a long way to go to rescue its reputation and compete with purpose-driven businesses," she said.

Peter Reeve, head of HR at the Motor Neurone Disease Association and chair of the Charities HR Network, countered, however, that many charities are doing strong work around culture and safeguarding.

"As HR professionals working in this complex sector we all understand the importance and impact of having the right culture – just look at the great work BHF are doing on mental health and wellbeing in the workplace," he told HR magazine. "That isn’t to say that we couldn’t do more and clearly we have to continue to be able to attract great people. For organisations like mine... it is such an inspirational cause but it also has to be a great place to work, where people feel valued. As an HR team we do everything we can to make that happen."

He added: "There continues to be a great deal of work being done to further develop safeguarding and employment practices to make sure that we take the lead on this critical issue for all employers. Through initiatives such as the Charity Commission code of ethics and strengthening safeguarding this work is ongoing."

Reeve added that HR professionals certainly shouldn't be put off working in the sector. "What I would say to any HR professional wondering if they can make an impact in the third sector is: please don’t let snapshots like this put you off. For us in the Charities HR Network the sense of achievement and really making a difference is so much greater than any corporate or even public sector role."

Gould added that she's encouraged people are now recognising the urgency of the issue. “Fortunately we’ve had more and more charity clients coming to us this year wanting support with this problem. People seem to be waking up to the issue, but we must act now before it’s too late. I honestly think this could be the making or breaking of the sector.”

“We know there are great things about our culture, but as with any organisation there are areas to work on too," he said. "By bottling our culture and defining what we stand for, and importantly ensuring we really live the result, we’ll have greater internal alignment, staff retention will improve and we’ll continue to attract the right kind of people."

The research was conducted among 1,000 working adults by Populus for Kin&Co.

Charities come in many different sizes with the majority being small/medium did the research cover these? The majority of charities I work with are small and the have a massive impact in their community and employ and support local people and the local economy. I wouldn’t work in any sector, and I do make a difference.

Hi Marge, Thanks so much for your comment. I'd be keen to chat more to you about some of the charities you work with if you'd like to. Feel free to send me an email at rachel.muller-heyndyk@markellengroup.com

It is hardly surprising that 63% of charities values are the same or similar to another charities- respect, accountability, etc.... these are core values.

I've just moved roles having been Director of People & Development at Blue Cross for some years. We put enormous focus into investing in leadership, cultural development and our "spirit" and values. The charity I've just joined is bringing me in to really focus on our global workforce and completely recognise the importance of culture to make us a great place to work. I love working in the voluntary sector, with wonderfully passionate people who truly care about their organisation and what they're achieving every day.