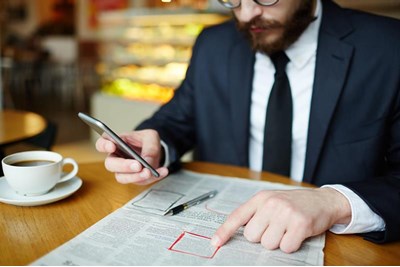 A quarter of UK workers are reportedly considering a career change in 2021 according to a report from job site Adzuna.

This equates to around 2.2 million working adults, 7% of whom said they would definitely look to switch jobs in the new year.

However, 70% of those seeking new jobs may be held back by a lack of practical support and the rising uncertainty of the UK economy.

The Office for National Statistics’ (ONS) latest Labour market overview revealed that there are 819,000 fewer people in work than there were before the pandemic, with 370,000 redundancies being made in the three months leading up to October.

The figures also revealed the disproportionate impact redundancies have had on men aged between 18 and 24 - which is up 39% since the start of the pandemic, the highest of any other group in terms of age and gender.

In Adzuna’s survey, male workers proved more likely to be considering a career change than women - 10.4% of men said they would definitely be looking for new opportunities compared with 4% of women.

Tracked with increased hiring activity in sectors such as logistics and warehouse, up 76.5% compared with pre-pandemic, and low feelings of job security in sectors like hospitality (14%) and retail (19%) the data adds to the gendered impact the pandemic is having on the population.

Another recent study from the Work Foundation found that newer job roles created in the pandemic were more likely to have been taken by men.

Predominantly female sectors are suffering from ‘lost’ job opportunities. According to Adzuna, hospitality and catering vacancies remain 69.1% below pre COVID-19 levels, and recruitment in charity and voluntary are down 46.9%.

“COVID-19 has turbocharged hiring in some sectors, while others have gone into reverse,” said Adzuna co-founder Andrew Hunter.

“This major redistribution of the job market means many jobseekers will need to pivot careers to find a new role for 2021. Understanding the viable options and industries that are hiring (and growing) can help workers future proof their careers.”

An understanding of transferable skills, Hunter added, will be key to helping workers seek out new opportunities.

Millions of people currently remain on the government’s furlough scheme which has been extended to March 2021.

To help businesses and candidates better prepare for the challenges that will come when the scheme winds down, the CIPD recently called for a further extension so training and outplacement programmes can be provided to staff.