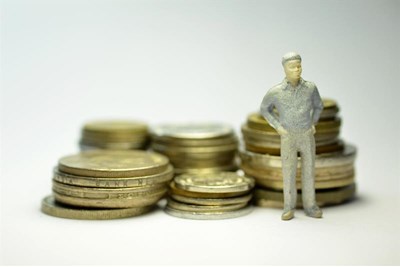 David Blackburn, chief people officer at the FSCS, welcomed the Budget and thinks it will help to shape the future of how we work.


“The launch of a Reforming Regulation Initiative to collect ideas for regulatory reform and further details on the Financial Services Bill will ensure that the UK maintains its world-leading regulatory standards,” said Blackburn.

He added: “Measures to protect access to cash for those who need it and legislation to allow credit unions to offer a wider range of products and services to their members will support their vital role in financial inclusion; this budget wasn’t just about increased spending but how our financial services may work in a post-Brexit world.”

Martin Tiplady, CEO of Chameleon People Solutions, said the industry expected a big spend but that they ended up getting a lot more than they originally thought.

“I don't think any of us expected what we got. It is very unlike a Conservative Budget and on the face of it offers a lot to employers – business rates, coronavirus statutory sick help and various employment giveaways,” he said.

However, Tiplady was "disappointed" that IR35 was not mentioned.

Dominic Harvey, commercial director at CWJobs added: “The chancellor confirmed that private sector firms will soon have to judge whether their contractors fall under IR35 or not. As of four weeks’ time this new regulation echoes the announcement directed at public sector companies in August 2017.

“IR35’s extension to private sector companies means that those not aware of this new law will be caught out, something that may further extend the current skills gap.”

Tiplady also said he thought the Budget would produce a large and unexpected future debt that will need repaying, and that it feels as if Sunak is trying to give everyone something without totally grappling a single issue.

“In that sense it may be unexpected but disappointing that it seems like a political and vote-warming Budget rather than a strategic response to our requirements – employers and individuals included,” he suggested.

Lisa Lyons, leadership and workforce transformation practice lead at Mercer UK, told HR magazine she "wholeheartedly" welcomes the government’s new £2.5 billion National Skills Fund, and especially the reference to training and retraining over the course of a lifetime.

"I expect to see considerable workforce upheaval in the coming decade, as job requirements change more quickly. The race is on for all of us to stay up to date and relevant," she said.

Lyons added: "Organisations should take action to identify their future skills requirements. This includes both technical skills such as cloud computing, analytical reasoning and soft skills like creativity and collaboration. Where organisations see less demand for certain roles and increased demand for others they should look to identify people with transferable skills and provide re-skilling opportunities to enable them to move to new roles.”